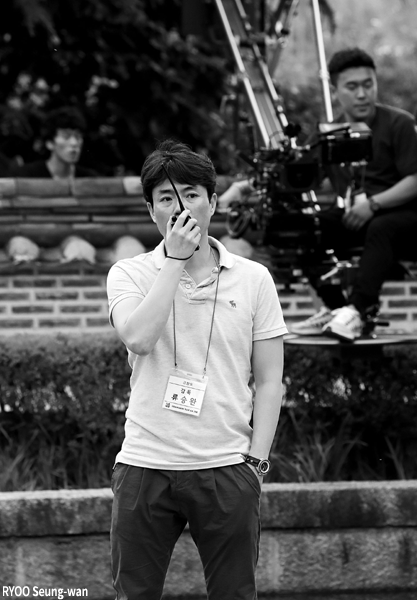 After a six-month shoot, RYOO Seung-wan’s Battleship Island, one of next year’s most anticipated films, wrapped production on December 20th on the Chuncheon set in Gangwon-do Province. The film stars HWANG Jung-min, SO Ji-sub, SONG Joong-ki, LEE Jung-hyun and KIM Su-an.
Set on the Japanese Island Hashima, known as ‘Battleship Island’ for its distinctive shape, RYOO’s latest movie takes place during the Japanese Occupation Era when thousands of Korean and Chinese civilians were forced to work in underground mines under terrible conditions. The film follows an escape attempt by 400 Korean workers, including a working man (HWANG Jung-min) trying to protect his daughter (KIM Su-an), a rowdy street brawler (SO Ji-sub) and an independence fighter (SONG Joong-ki).
Director RYOO experienced his greatest ever success in 2015 with the release of the action-thriller hit Veteran, which scored 13.41 million admissions, making it the third most successful Korean film of all time.
HWANG worked with RYOO on Veteran in 2015 and has featured in several recent hits, including Ode to My Father (2014), The Himalayas (2015), A Violent Prosecutor and THE WAILING. SO returns to cinemas for the first time since A Company Man (2012). Meanwhile SONG, also a major star on TV, was last seen on the silver screen in A Werewolf Boy (2012).
Now in post-production, the film, which is being produced by Filmmaker R & K and will be distributed by CJ Entertainment, will hit screens next year, with a summer bow looking likely.
Any copying, republication or redistribution of KOFIC's content is prohibited without prior consent of KOFIC.
Related People Related Films Related Company Related News