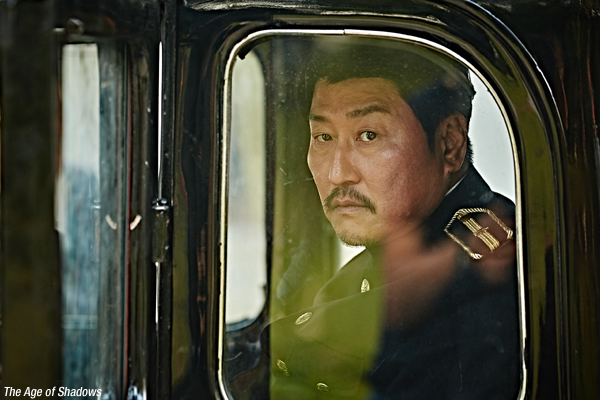 Following its soft launch last year with a weekend-long 0th edition, the London East Asian Film Festival held its first official edition this year, which ran from October 20th to 30th. Korean films made up a majority of the program, with some of the highlights including KIM Jee-woon’s The Age of Shadows as the opening gala screening and a full retrospective on the works of PARK Chan-wook. Both filmmakers visited London for their screenings.
The Official LEAFF Selection also featured KIM Seong-hun’s Tunnel and KANG Woo-suk’s The Map Against the World. The Competition section featured three Korean films: KIM Tae-gon’s Familyhood, YOON Ga-eun’s The World of Us and KIM Sang-chan’s Karaoke Crazies. All five titles were accompanied by Q&As with their directors.
A Special Stories of Women program was opened by The World of Us and also featured Spirits’ Homecoming, with director CHO Jung-rae and actresses SON Sook and KANG Ha-na in attendance. One of LEAFF’s annual strands will be ‘Film Focus Festival’, which this year looked at the Jeonju International Film Festival. Director KIM Jong-kwan and actors HAN Ye-ri and GWON Yool were present for Worst Woman while the section also featured Curtain Call and Breathing Underwater.
The PARK Chan-wook section featured all his films from Joint Security Area /JSA (2000) all the way to his latest work The Handmaiden. Also included were several shorter works, such as Judgement (1999), and DAY TRIP (2012) and Bitter, Sweet, Seoul (2014), both made with his brother PARK Chan-kyong.
Any copying, republication or redistribution of KOFIC's content is prohibited without prior consent of KOFIC.
Related People Related Films Related Company Related News