Production Announcement of BIYEON, a Korean-Chinese Co-product Featuring Lay of EXO and JUNG Soo-jung of f(x)

Jan 15, 2016
Production Begins in January, to Be Released in the Second Half of the Year 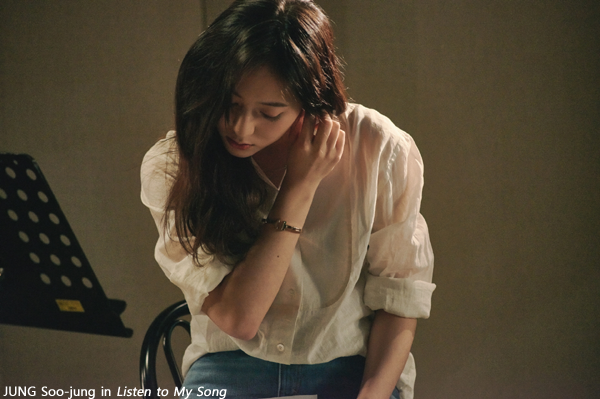 Production announcement of Biyeon, a Korean-Chinese co-product featuring Lay of EXO, a boy band, and JUNG Soo-jung (a.k.a. Krystal) of f(x), a girl band, was held in Beijing on December 18th, 2015.
Biyeon is a youth film depicting Korean and Chinese youngsters’ dream and love. A Chinese singer and Korean dancer run into conflicts due to cultural difference, and finally fall in love. Lay and JUNG Soo-jung team up as a couple and Lay takes the role of the Chinese singer and JUNG Soo-jung, the Korean dancer.
Lay and JUNG Soo-jung both have acting experience. Lay played in the Chinese films The Baby From Universe (2015) and EX Files 2 (2015), while JUNG Soo-jung was in Heirs, a Korean TV drama which was hugely popular in China as well, and also proved her acting ability in a Korean TV drama My Lovely Girl with Rain (a.k.a JUNG Ji-hoon), a big Korean Wave star.
Although young couple’s love is in the center, Biyeon attempts to please all ages by recruiting popular actors from all generations and inserting popular songs from each period in the show.
The director is SUNG Si-hup of Korea, who also directed The Plan Man (2014). Also, Biyeon is considered to be a new Chinese project of SM Entertainment where these two lead actors’ bands belong to. Biyeon, with Korean contents and Chinese capital, will begin production in January and plans on release in the later half of 2016.