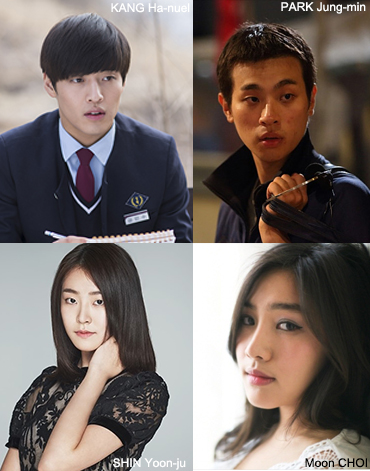 Director LEE Joon-ik has announced his newest project which is based on the life and work of Korea’s renowned poet, YUN Dong-ju. YUN, while studying literature in Japan, was charged and detained for having participated in the Korean Independence Movement. Known to have created hundreds of poems during his time in jail where he spent the last two years of his life, YUN passed away at the young age of 27. Although it has not been proven, some believe he died due to medical experiments that were performed on his living body.
LEE Joon-ik had made films in various genres, especially seeing success with stories of the past such as King and the Clown (2005) and Radio Star (2006). This newest historical feature will be shot in black and white and currently has the title Dong-ju (working title). At the same time, LEE has a film that is set to be released this year starring SONG Kang-ho and YOO Ah-in, The Throne.
Dong-ju has boldly selected new and rising stars. KANG Ha-neul, who recently came into the spotlight, starring in Mourning Grave and C’est si bon will play YUN Dong-ju. It is interesting that KANG performed as YUN Hyung-ju in C’est si bon who is a relative of YUN Dong-ju.
Acting as KANG’s friend in Dong-ju is PARK Jung-min who previously starred in Bleak Night (2011). PARK has been building a strong filmography in both commercial and indie works.
Two new faces will be cast for the female roles. Young actress SHIN Yoon-ju was selected through auditions and will play the lead female part. Moon CHOI of Lifting Kingkong (2009) and Project 577 (2012) is also on board as a Japanese character. The performances of these two new faces are something to look forward to.
SHIN Yeon-shick of The Avian Kind penned the story and is also co-producing the film. Dong-ju is set to start shooting this month.
Any copying, republication or redistribution of KOFIC's content is prohibited without prior consent of KOFIC.
Related People Related Films