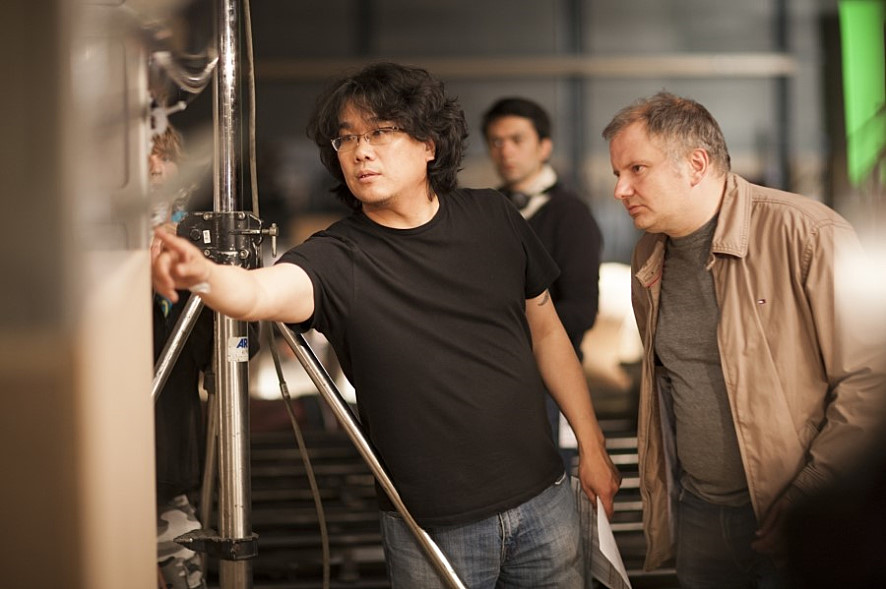 Last Friday, the Korean Film Actor’s Association handed its achievement awards for Korean film figures that have contributed the most to the expansion of the local industry’s reputation abroad in 2013. The awards were given to BONG Joon-ho, director of the hit sci-fi Snowpiercer, and MOON Byoung-gon, the young filmmaker behind the short Safe, which walked away with the Palme d’Or for Best Short at the Cannes Film Festival earlier this year.
The organization also handed Top Film Star Awards to a quintet of performers. Among them was the redhot SONG Kang-ho, who featured in Snowpiercer and HAN Jae-rim’s The Face Reader as well as the current chart-topper The Attorney. All told, his films have attracted well over 20 million viewers this year. RYU Seung-ryong, the lead of the year’s highest grossing film Miracle in Cell No. 7 (third highest all time) was also honored along with HWANG Jung-min, whose films included PARK Hoon-jung’s New World, KANG Woo-suk’s Fist of Legend and MIN Kyu-dong’s In My End Is My Beginning this year, UHM Jeong-hwa, the star of Montage and HWANG’s co-star in In My End Is My Beginning, and finally UHM Ji-won, who had a memorable turn in this year’s Hope by director LEE Joon-ik alongside SEOL Kyung-gu.
The awards ceremony took place at the Lotte Hotel in Seoul.
Any copying, republication or redistribution of KOFIC's content is prohibited without prior consent of KOFIC.
Related People Related Films