Will CAPTAIN KANG Be Awarded at Karlovy Vary?

Jun 07, 2013
Only Asian film invited to the competition section 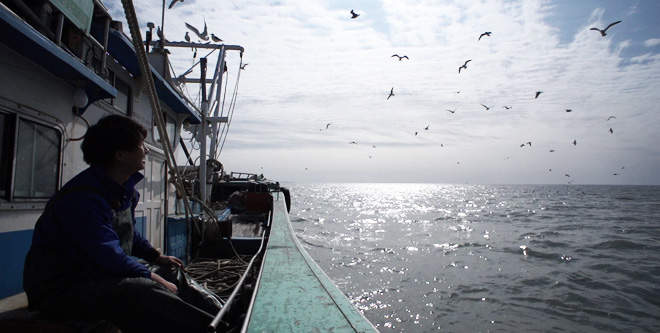 The documentary film Captain Kang directed by WON Ho-yeon has been invited to the competition section of the 48th Karlovy Vary International Film Festival starting on June 28th. Karlovy Vary is a historic festival dubbed ‘The Cannes Film Festival of East Europe’ whichit started more than 65 years ago.
This is the first time that a Korean documentary has been invited to the festival in the competition or non-competition sections in 9 years following KIM Dong-won’s Repatriation which screened in 2004. It is even more meaningful because Captain Kang is the only Asian film competing this year.
When officially announcing the films screening this year including those in the competition section on June 4th (CET), a representative of the executive committee of the festival gave a comment about Captain Kang saying, “It is an accomplished film that describes a marvelous human story in a poetic fashion.” He then added, “We are honored to invite Captain Kang, a Korean documentary”, speculation has begun as to whether it may win an award.
Captain Kang is a documentary about captain KANG (KANG Sam-gook), who lost 2 legs in a miserable accident and now sails on a fishing boat to support his family. Due to the accident, his son, who once dreamed to be a baseball player loses his goal and became desperate. The director WON has already introduced Mr. KANG’s story while he was working as a producer of a KBS human documentary program. 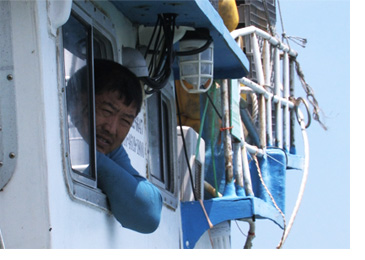 WON later started making documentary films and spent 3 years on the fishing boat with captain KANG to complete the film. For the post production precess including editing, European staff gave him a hand to develop the quality of the film.
After having its world premiere at the Busan International Film Festival (BIFF) last year, Captain Kang has been invited to CinemAsia Film Festival held in Amsterdam, Netherlands, and the Durban International Film Festival, in South Africa. It as well screened at the Indie Forum, which began on May 30th in Korea.
The Karlovy Vary International Film Festival is also known as one of first film festivals to introduce Korean films and directors to Europe. KIM Ki-duk’s Birdcage Inn (1999) and Time (2006), JEON Soo-il’s With a Girl of Black Soil (2008) and Himalaya, Where the Wind Dwells (2009) and HONG Sangsoo’s Night and Day were presented at the festival. Especially after LEE Chang-dong’s A Peppermint Candy won 3 awards including the Jury Special Award at the festival in 2000, the door for Korean films and directors to Europe opened wider. The festival is considered as a gateway for Korean directors to Europe by holding retrospectives for KIM Ki-duk and HONG Sangsoo.
KIM Min-chul, the producer of Captain Kang is also the producer of the famous documentary Planet of Snail, directed by LEE Seung-jun. Having produced multiple successful documentaries such as Iron Crows and My Barefoot Friend, he currently runs Minch & Films on his own. With the willingness to explore the potential offered by international co-productions, he actively works with foreign staff members from Europe, Asia and North America.
The 48th Karlovy Vary film festival will be held in Carlsbad (Karlovy Vary), Czech from June 28th through July 6th.
Any copying, republication or redistribution of KOFIC's content is prohibited without prior consent of KOFIC.
Related People Related Films