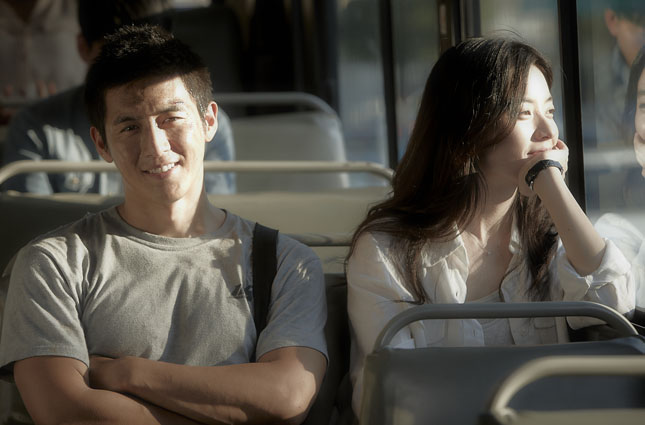 ▶ information
Director JEONG Gi-hun | Starring KO Soo HAN Hyo-joo | Genre Melodrama | Running Time 120 min | Rating 15+ | Release Date Dec 19
▶ synopsis
Gang-il is a fire fighter agonized by the guilt of failing to save his wife in the past. Mi-su is a medical doctor who got in trouble because of a single mistake. One day, while working as a civilian rescue worker by chance, Mi-su gets to know Gang-il and falls for him. Both working to save lives at stake without taking care of themselves, will they be able to cure each other? 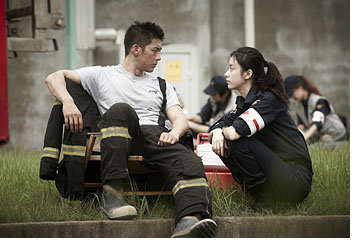 Some people risk their lives to rescue others. Others are forced to hopelessly stand doing nothing but watch the victims pass away in front of their eyes. The protagonists of Love 911 have jobs directly connected to human life. It portrays the heartwarming love story between a man and a woman both of whom seemingly have forgotten to care for themselves while saving others. The story goes beyond the simple relationship between two people to explain what an ideal love might be.
The attractive male lead is saddened by the separation with his dead wife, a factor which draws strong compassion. The main actress looks pure though she becomes rather tough when she speaks swear words every now and then. She is even aggressive enough to confess her heart to the man she falls for without hesitation. On the other hand, the man is not willing to accept her because he is still suffering from his grief. His grief is what causes conflict in their relationship. One of the key factors of the story is the emotional assimilation between the man who insisted on refusing to meet a new love and the woman who approached a man with fake emotions.
JEONG Gi-hun, the recipient of the Best New Director award at the Shanghai International Film Festival in 2010 with his  previous film Goodbye Mom, extended what could have ended up as a plain melodrama to a story about ‘Life’. Through the simple yet touching premise of life saving fire fighters, the story is touching enough to impress the audience, but it doesn’t end there. The large scale of the rescue site creates tension. Dangerous accident scenes including the gas explosion and car crash scenes remind viewers of the preciousness of life.
KO Soo proved his value through The Front Line, Haunters and White Night. HAN Hyo-joo showed her capability with balanced acting in Masquerade. This true love story with these two actors is deeply moving.
Classic Erotic Thriller - Role Play 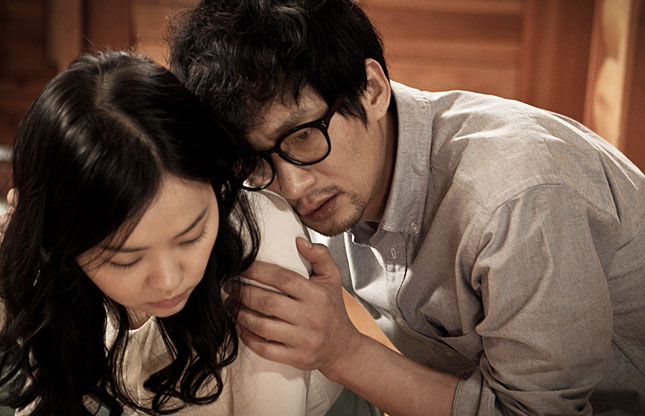 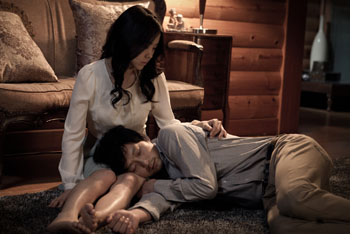 BAEK Sang-yeol has worked as a staff member or an assistant director of various films such as Kick The Moon, Public Enemy and Ghost House. Role Play is his debut film as a director. He explained his intention of directing the film by saying, “I wanted to express human desire for creation and the mad process to induce it through the film in a primitive manner to dig out the inner desire of humans hidden behind a fake layer.”
The novel in the film is confusing because it is mixed up with reality. The main characters are also confused about fiction and reality. Jeong-ho is having difficulties writing due to bad memories from the past and his wife Ji-su is having delusions of infidelity. Writing a new novel inspired by the college student Hye-in who looks very much like his first love, Jeong-ho slowly overcomes the nightmare that has bothered him for so long. However, Ji-su’s jealousy of the strange woman swells to anger and the relationship between the three of them barrels down to a terrible conclusion.
This film uses the material of role play to talk about extreme desire. It is a story of a love affair twisted by obsession and delusion. One of the characteristics of the film is the narrative of the shift between reality and fiction and also the present and the past.
Role Play aims to be another erotic film of 2012 following EunGyo, The Taste of Money and The Concubine. For the passionate swinging sex scene, the new actress shed all her clothes.
Episode of Agonized Youth - China Blue 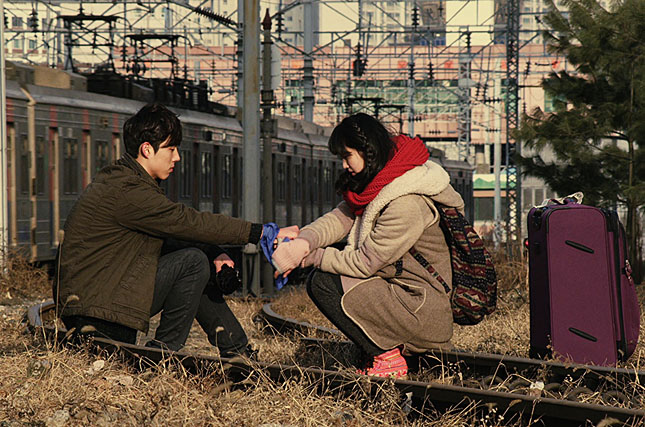 ▶ information
Director KIM Geon | Starring BAEK Sung-hyun JUNG Joo-yeon | Genre Human Melodrama | Running Time 102 min | Rating 18+ | Release Date Dec 13
▶ synopsis
Unhappy with ethnic Koreans in China who have their fling in his town, fist fighter Eun-hyeok gets into fights with Gil-nam’s gang for the territory. When he bumps into Chinese girl Ching Ching, who came to Korea dreaming to be a singer, he feels some sort of unexplainable excitement. Affected by her purity, Eun-hyeok looks back on his past and starts feeling doubts about fights against ethnic Koreans in China. 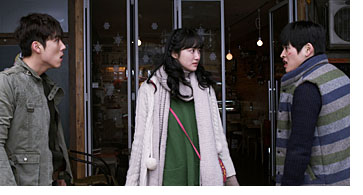 China Blue portrays the conflict between alienated groups living in a cold reality as well as the friendship and love of young people. Based on the deep-rooted conflict against ethnic Koreans in China, the film dramatically deals with the ordeal and desperation of the agonized youth and alienated minorities. Along with the description of the surroundings around Eun-hyeok and Ching Ching, the story develops its own narrative structure.
Save for the pleasant relations between the two main characters, most of the scenes are very dark. Eun-hyeok and his friends get in trouble while helping a private moneylender and Ching Ching’s management agent asks her for sexual fafvors. The protagonist who is very rebellious by nature temporarily possesses hope in his life, but it results in a tragic ending after all.
KIM Geon worked as an assistant director for commercial films for a short while and then built his career as a producer by participating in productions of Two Cops, The Rules Of The Game and others. He started writing his scenario about the life of Koreans who came from China to Korea based on what he remembered seeing around the Garibong Market in the 1980s when he was a college student. The production process was harsh. The weather was bitterly cold from the beginning to the end of the production. The director said, “I felt very sorry for the actors who had to fight weather as cold as –18℃ during the shooting.”
The leading actor BAEK Sung-hyun came back to the screen after a 2 year break since he was in Blades of Blood directed by LEE Joon-ik. LEE Geung-young, who was recently been highlighted for his appearances in National Security and 26 Years, appears as BAEK’s father.
Any copying, republication or redistribution of KOFIC's content is prohibited without prior consent of KOFIC.
Related People Related Films