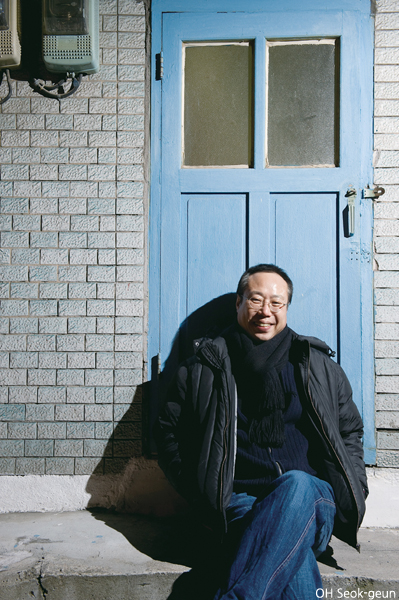 The new chairman of The Korean Film Council (KOFIC) was appointed. Ministry of Culture, Sports and Tourism (Minister, DO Jong-hwan) announced this news through a press release on January 5th and said, “We appointed director OH Seok-geun as the new chairman of Korean Film Council to make policies around promoting Korean films.” The new chairman’s term starts on January 8, 2018, and lasts for three years until January 7, 2021.
OH Seok-geun is a graduate of the fourth class from the Korean Academy of Film Arts. He directed The 101St Proposition and Love Is A Crazy Thing, and was the secretary-general of the Busan International Film Festival as well as the chairman of Busan Film Commission. With his experience in administration, he’s currently acting as the co-representative of “Korean Film Group’s Emergency Committee for Defending BIFF's Independence”.
The Ministry of Culture, Sports and Tourism stated, “The coming of a new chairman will help resolve the current buildup of the film industry’s issues. We focused on selecting an individual who has experience and the capability to help the industry communicate and to work in harmony.” In addition, they added that OH Seok-geun “has a good understanding of the filmmaking scene, and this background will help make innovative changes to the organization while winning back the trust of the industry. In addition, he will work to provide a fair environment for film businesses, and support the development of indie and art films. We believe that OH is the perfect person who will create a foundation for the development of the film market and promotion of audiovisual culture.”
With the decision on the new chairman, KOFIC has completed naming the nine of their newest board members. Ministry of Culture, Sports and Tourism’s policymaker stated, “With the new chairman, we will mend the image of KOFIC, tarnished since the blacklist incident, and get reorganized. We look forward to making decisions on the film polices that have been long-pending.”
Any copying, republication or redistribution of KOFIC's content is prohibited without prior consent of KOFIC.
Related People Related Films Related Company Related News