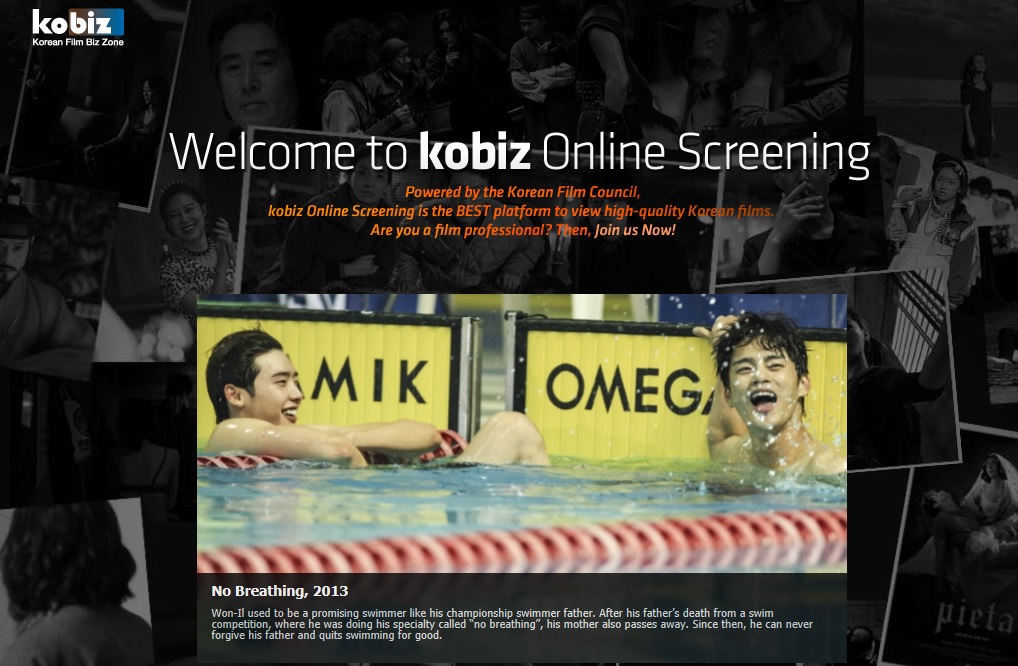 On-line service system is no longer an option, but compulsory in the movie industry. Korean Film Council’s ‘KoBiz On-line Screening’ fits well into this new trend as it goes into its third year since the launching in the fall of 2011. As of January 3rd, the service will provide about 300 Korean films and holds 623 approved members who have exclusive access to the website. The members are overseas buyers, film festival programmers, foreign media, and other industry related personnel.
For those who weren’t able to attend Korea’s main international film festivals in Busan, Jeonju or Puchon, the KoBiz On-line Screening has a special section showing the films from those festivals. Also, in the first half and the second half of each year, KoBiz Online Screening Showcases are held for foreign buyers and film festival planners, with a purpose to help them reduce incidental costs when purchasing or inviting Korean films. During the last showcase that ran until the end of January, 80 titles were shown to a total of 81 industry related people (of which 51 were from film festivals) and 16 prominent distributors from other countries.
Some of the movies that were showcased include: Non-fiction Diary, directed by JUNG Yoon-suk which had its world premiere at last year’s Busan International Film Festival and was invited to the Berlin International Film Festival; the closing piece of Busan International Film Festival, The Dinner by KIM Dong-hyun; AHN Sun-kyoung’s Pascha, which was critically acclaimed after being introduced in Busan; The King of Jokgu, directed by WOO Moon-gi; and Shuttlecock by LEE Yu-bin. Also screened at the KoBiz On-line Screening were PARK Jae-in’s 7-minute short production that is invited to this year’s Sundance Film Festival, Piece, Peace; and Cold Eyes, by KIM Byeong-seo and JOH Ui-seok, which attracted 5.5 million viewers in theatres and was invited to the Toronto International Film Festival’s Gala Presentations.
Early last year, the KoBiz On-line Screening became available on iOS and iPads after changing its service network to allow access wherever there is an internet network. In addition, starting with the showcase that was held at the end of 2013, the on-line service became available also for Android devices, providing more conveniences to its users.
At the time of its launching, there were concerns and doubts about showing movies on-line. However, as the trends are rapidly changing in our current days, the movie industry cannot rely on just screeners. The demand for a faster and more convenient way to access new films is also on the rise. The KoBiz On-line Screening will continue to improve its services in order to fulfill its role as a channel of communication between domestic filmmakers and overseas film industries.
By Gina SON
Any copying, republication or redistribution of KOFIC's content is prohibited without prior consent of KOFIC.
Related People Related Films