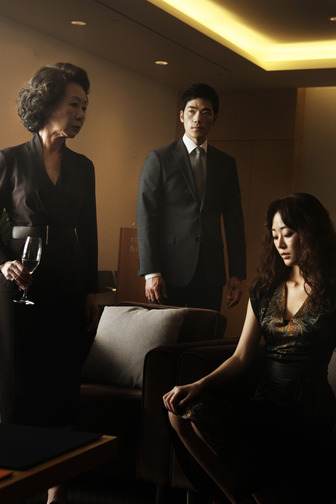 This month’s issue of the <Korean Cinema Today> webzine has gone live with a top feature story on the most anticipated films of 2012 in Korea. Film journalist KANG Byeong-jin profiles hot upcoming releases such as IM Sang-soo’s <The Taste of Money>, CHOI Dong-Hoon’s <The Thieves> and KIM Ji-hoon’s <The Tower>.
A second feature gathers together profiles of the Korean films currently in Berlin for the festival which include interviews with producer CHOI Miae of <From Seoul to Varanasi> and directors LEE Han of <Punch> and KIM Joong-hyeon of <Choked>.
Thai critic and film journalist Kong RITHDEE has contributed a guest column on the Korean Wave in his country, and Seoul-based expert Darcy PAQUET gives his analysis of recent box office results.
As usual, the webzine also covers the latest industry news about Korean cinema and introduces hot new films on release in Korea or at festivals. This month’s issue includes <Dancing Queen>, <Howling> and animation <The Outback>.
Feb. 13, 2012
Any copying, republication or redistribution of KOFIC's content is prohibited without prior consent of KOFIC.
Related People Related Films