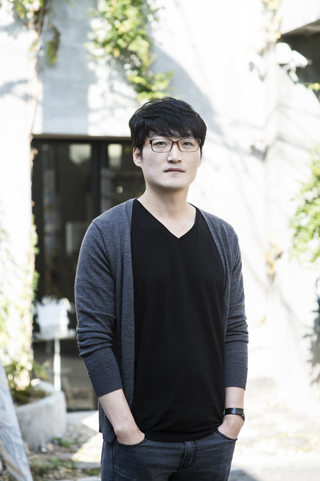 LEE Su-jin’s first two short films, I Go I and Papa, were submitted to the Mise-en-scene Short Film Festival. His third short film, Son’s, was invited to the 36th International Film Festival Rotterdam. His fourth, Enemy’s Apple, went to the Seoul Independent Film Festival (SIFF) and the Busan International Film Festival (BIFF). And now his first feature film Han Gong-ju has won the CGV Movie-collage Prize and Citizens Reviewers’ Award at BIFF and the Golden Star – the Festival Grand Prize at the Marrakech International Film Festival this year. At first glance, LEE Su-jin’s life as a cineaste has seen a steady rise. However, this very promising director didn’t seem too excited when KoBiz met him. According to him, he endured through every moment, thinking that each film could be his last, and Han Gong-ju, which took him six years to complete, was just one of them. Han Gong-ju is the story of a victim’s life following a gang rape. Gong-ju attempts to start her life all over again at a new school, but this proves difficult as her past keeps coming back to her in one way or another. Being a victim, she has to endlessly run away and hide from her past, and the film asks if she could ever find hope again. LEE says that each cut was shot with careful consideration as he begins to talk about his film.
- Congratulations on your Grand Prize at the Marrakech International Film Festival!

I’ve never watched so many films in such a short time. I saw as many as six films every day, and every one of them was of very high quality, as you may expect from an international film festival. Some were technically advanced, and some depicted everyday quotidian life – there was a whole variety of films on offer. The world is full of great films, I thought. It was with great excitement that I had the chance to meet Martin Scorsese, Paolo Sorrentino and PARK Chan-wook in person, all of whom I like very very much. I even shook hands with Marion Cotillard from La Vie en Rose (2007). (Laughs)

- Han Gong-ju was also at the center of attention at BIFF. Were you expecting a favorable reception like this?

I tried not to think that way. If your expectations are too high, you are likely to be disappointed. What really counts is how much you are satisfied with the film yourself. To tell you the truth, I was not very satisfied with Han Gong-ju. It is very hard to show people a film that you are not happy with. But when I asked myself, ‘it may not be the best film, but is it at least good enough to show people?’ I thought it was and that at the very least some people should see it. (laughs)
- Han Gong-ju features a victim of sexual assault. There have been many similar incidents in real life and several films have been made depicting them.

It is inspired by a true story though I did not attempt to recreate the entire story as it was. When I first heard the news, I was deeply enraged as an ordinary 30 year-old Korean man. Then I asked myself, am I truly angry? Or am I just consuming this news just as I consume other gossip? After a series of notorious sexual assault crimes in Korea, several films were made on this issue including LEE Chang-dong’s Poetry (2010) and HWANG Dong-hyuk’s Silenced (2011), featuring similar themes as Han Gong-ju. I then wondered if I should also deal with such a difficult theme.

So I decided to focus more on the life of the victim after the crime rather than the crime itself, and I thought this would be a good place to begin the film. What would I have done, or could I have done, if the victim or the rapist was someone close to me? I’m not sure, so wouldn’t it then be the same for others? Why don’t I tell a story from this different perspective? I wanted to make a film about how a girl struggles to not let go of her hope, rather than aiming to enrage people by merely depicting the crime itself. 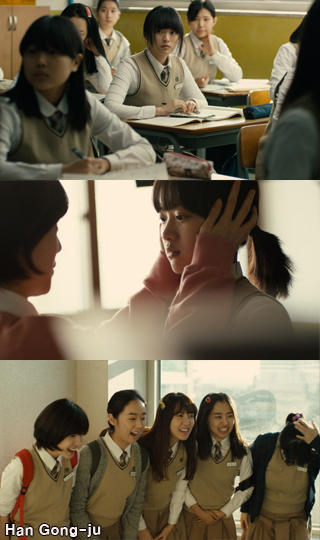 - It must have been difficult to decide how to depict the incident and characters. What was your ground rule in doing so?

What I wanted to focus on the most was how Gong-ju finally grows up. No matter how hard or slow, she could at least become a little stronger. That is the core of the film. I wanted to show her emotions rather than the incident. Rather than action, reaction was more important. If you call the incident itself “action,” the reaction, that is to say the attitude of the people and their perspectives on her and the incident, was more important for this film. Her mother, her new friends and her teachers represent the actual people who live with Gong-ju after the incident. Just as I could not easily answer the question that I asked myself (what would I do if Gong-ju was a close friend or family member of mine), they are not much different, and thus represent what our own reaction may be in such circumstances.
- Was it hard to describe Gong-ju and her friends as high school girls?

I met with CHUN Woo-hee who took on the role of Gong-ju, and she performed three or four times a week for almost two months. We would read the scenario together and discuss the film. The scene where Gong-ju puts on her lip balm was entirely Woo-hee’s own idea. For the scene where Gong-ju arrives at her new school, I asked for ideas from the cast who were high school girls. In the scenario Gong-ju is warmly welcomed, but they said that in real life they wouldn’t really give a new arrival much thought. I tried to add these kinds of realistic elements to the film.
What I found hard to handle was that as the film begins with Gong-ju already with the trauma embedded in her, how could I weave these emotions and psychology into the film? It was hard but unavoidable, so I began filming after Gong-ju’s attack. I tried to be very careful for the actress and everyone else’s sake, but I also wanted to let everyone clearly see what kind of film we were involved in. From then on, not even a single cut was shot mindlessly. It was the least I could do for Gong-ju.

- Now you are really beginning your career as a feature film director. Tell us how you feel.
When I was a senior at college, I shot a short film for the first time, thinking that I wanted to make at least one film in my life. With nobody around me familiar with filmmaking, I made a lot of mistakes and went through all kinds of trouble. My dad was especially tough on me, and from then on, every film seemed like it would be the last one. When I finished Enemy’s Apple, my third short, I wanted to move on to commercial feature films. I wanted to make up for the troubles that my staff and friends had to go through because of me. Now that Han Gong-ju is finished, I feel the same way. Whether it is independent or commercial, I want to make a film that can make up for all that effort. (laughs) However, because it took me six years to finish Han Gong-ju, I hope I can get my next film finished quicker. 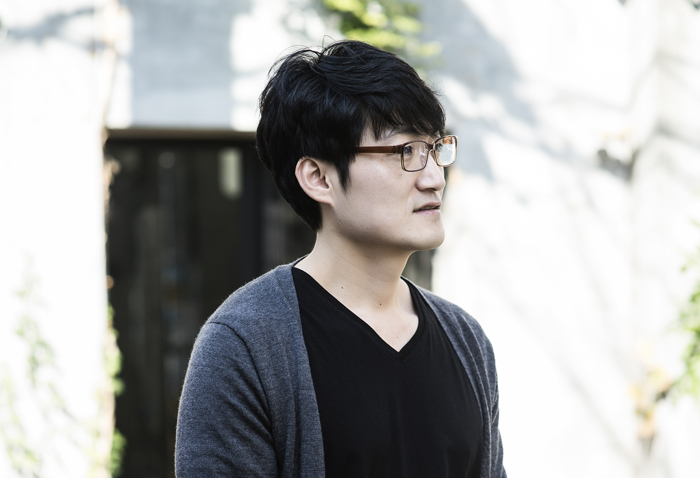 Photo ⓒCine21
By SONG Soon-jin
**If you would like to view Han Gong-ju online, please contact FINECUT, the distributor responsible for international sales of the film, at cineinfo@finecut.co.kr.**
Any copying, republication or redistribution of KOFIC's content is prohibited without prior consent of KOFIC.
Related People Related Films