THE KING’S LETTERS No Match for THE LION KING 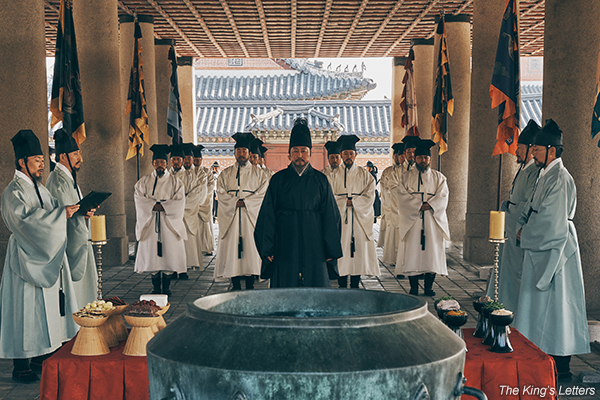 Holdovers continued to power the box office as the first major local film of the high summer season stumbled out of the gate and overall admissions slowed 20% with 2.4 million tickets sold over the last weekend. Of those, just 28% of sales were for Korean titles, a marked improvement over the past few weeks but relatively low for this time of year.
Easing 52% following its terrific debut, Disney’s The Lion King welcomed 837,000 additional viewers (USD 6.46 million) in its sophomore frame. This raised its total to a strong 3.71 million entries (USD 28.06 million) to date. While the live action update should still drum up some business over the coming weeks, it is unlikely to hold on to the top rank during the upcoming session.
Fresh from the ten million viewer hit and Palme d’Or winner PARASITE, which is still on the charts in ninth place, SONG Kang-ho returned to theatres as King Sejong alongside PARK Hae-il in the Hangeul writing system invention period drama The King’s Letters. The film actually debuted in first place on Wednesday, but despite the pedigree of its stars and a decent critical welcome, a review bombing campaign by netizens upset over the film’s perceived historical distortion (largely conducted by people who had yet to see the film), the historical drama quickly lost steam and finished the weekend in a distant second place with just 471,000 sales (USD 3.46 million) and a total of 756,000 spectators (USD 5.35 million) over its first five days. Having been pushed all the way down to ninth place on the reservations charts by Monday morning, the film appears unlikely to recover.
Ten weeks into its remarkable run, Aladdin was off just 12% as Will SMITH and co. wooed another 436,000 viewers (USD 3.28 million) to theaters. This raised its total to 11.66 million admissions (USD 84.08 million), which makes it the third highest-grossing import of all time, behind Avengers: Endgame and Avatar, and the 16th highest grossing overall.
In its fourth frame, Spider-Man: Far From Home slipped one spot and 56%, as it sold 198,000 more tickets (USD 1.48 million), raising its haul to 7.87 million (USD 57.25 million).
Debuting in fifth place was the local animation Red Shoes, featuring the voices of Chloe-Grace MORETZ and Sam CLAFLIN. The film kicked off its run with 172,000 sales (USD 1.19 million) and has filled 210,000 seats (USD 1.43 million) since opening on Thursday.
Though The King’s Letters gave the local high summer season a slow start, things should turn around this coming weekend as both the occult action-thriller The Divine Fury and the disaster action-comedy EXIT are poised to make strong debuts.
Any copying, republication or redistribution of KOFIC's content is prohibited without prior consent of KOFIC.
Related People Related Films