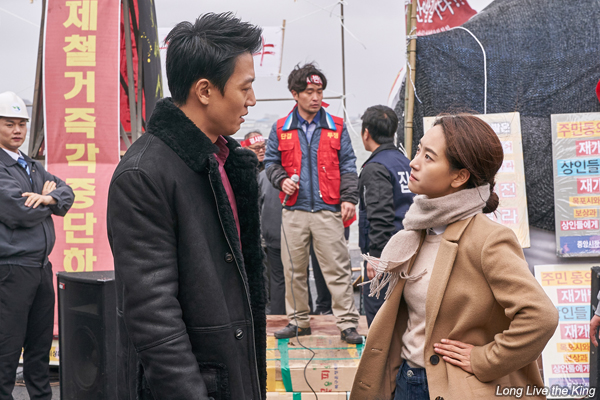 As the heat began to turn up with the Korean summer kicking into gear, theatres saw an almost 30% rise in admissions, with just over three million tickets sold over the past weekend. Despite a new local entry, the Korean market share was held down to just 28% as Disney commanded the top two spots and close to two thirds of all ticket sales.
Bowing with a solid 973,000 sales (USD 7.46 million), though it was just 20,000 tickets ahead of its nearest competitor, Toy Story 4 had a promising start in the Korean market, which included 1.12 million entries (USD 8.53 million) since its Thursday debut. This was more than double the debut of Toy Story 3 in Korea, and this latest instalment has already welcomed three quarters of its predecessor’s final haul. With strong reactions from audiences, the Pixar sequel should enjoy a healthy run on the charts, although Disney is destined to continue competing with itself if we look at this week’s second ranked title.
In its fifth week, Aladdin was down just 5% as it filled another 951,000 seats (USD 7.29 million). This pushes the redo’s total in the market to 6.8 million viewers (USD 50.27 million) with seemingly no end in sight as it is once again topping the reservations chart and showing no signs of slowing down.
Two years after his Chuseok holiday sleeper hit THE OUTLAWS, director KANG Yun-sung returns with his sophomore film Long Live the King. The gangster-turned-politician drama with KIM Rae-won opened in third place with 456,000 spectators (USD 3.53 million), though given its lukewarm reaction it may not stick around on the charts for long. Over its first five days, the film has brought in 681,000 viewers (USD 5.1 million).
In week four, BONG Joon-ho’s Palme d’Or winner PARASITE was down another 46% as it scored 373,000 admissions (USD 2.88 million). The acclaimed film has now amassed a stellar 9.09 million viewers (USD 67.25 million).
John Wick: Chapter 3 - Parabellum snagged fifth place after limited previews on Saturday and Sunday, with 69,000 sales (USD 568,000). The film opens this coming Wednesday.
Hollywood and Korea will duel on the charts with high-profile action-thrillers at the box office this coming weekend, as the aforementioned John Wick will face off with the LEE Sung-min vehicle The Beast.
Any copying, republication or redistribution of KOFIC's content is prohibited without prior consent of KOFIC.
Related People Related Films Related News