A Triumph for Diversity Films 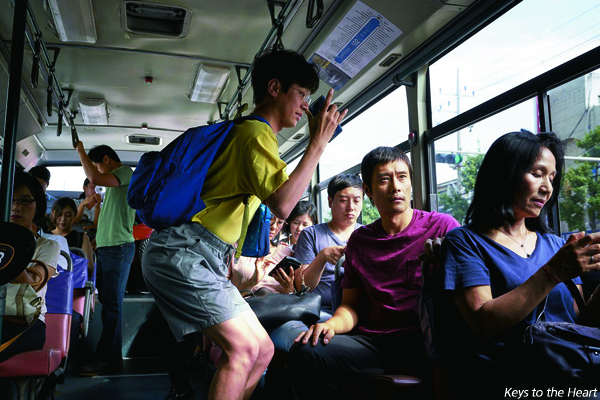 The Korean box office ended on a bang last year when December delivered by far the best results for Korean and overall sales for the month since records began. Some of that momentum carried through into the early weeks of 2018, but the first quarter of the year has been one of highs and lows, as a strong January was followed by a disappointing Lunar New Year holiday season in February, while March brought with it surprising good fortune for homegrown mid-level releases.
Even though the bigger local releases of the period suffered, several homegrown titles came in above expectations, giving Korean cinema its best Q1 since the record of 2013. Conversely, Hollywood films that have met with success elsewhere experienced slow returns in the Korean market, giving US titles their lowest level of attendance since 2013.
Overall, 51.3 million admissions were recorded during the first three months of the year, marginally down from the 52.23 million sales recorded last year, but ahead of both 2015 and 2016. The Korean share of that total jumped from 50% to 57% as local titles accumulated an impressive 28.97 million entries. Hollywood titles, with a 34% share, saw their returns slow 6.5% year-on-year, to record 19.18 million admissions in total. Over the first 13 weekends of the year, Korean films claimed first place nine times.
In an encouraging sign to those concerned with the diminishing diversity of Korea’s mainstream industry, the first local hits of 2018 were by-and-large modestly budgeted productions, with melodrama, in particular, making a return to form by claiming three spots in the top ten. Meanwhile, the two most expensive Korean films released in the year to date ended their runs far below their break-even points.
Holdovers and family titles deliver in early 2018 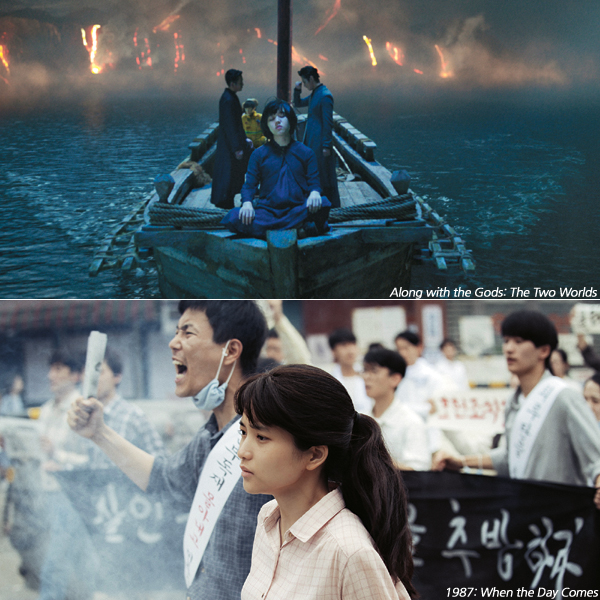 The year 2018 began as the showdown continued between two December titans, the fantasy epic Along with the Gods: The Two Worlds (2017) and the political drama 1987: When the Day Comes (2017). The former claimed the first weekend of the year during its third week of release while the latter was close behind in second during its sophomore frame. The films switched places the following week and Along with the Gods: The Two Worlds ultimately welcomed 5.87 million viewers in 2018, making it the top-performing title of the quarter. Adding that number to its 2017 receipts gives it 14.41 million viewers, the second highest ever total for a Korean film.1987: When the Day Comes claims place on the quarterly chart with 5.29 million admissions. Overall, the film has welcomed 7.23 million viewers.
Franchise finale Maze Runner: The Death Cure was the next film to top the box office when it beat new local melodrama Keys to the Heart. However, the Hollywood tentpole quickly faded and it was the Korean heart-warmer, featuring LEE Byung-hun as a washed-up boxer looking after his brother, that claimed the next weekend after posting a slight increase in its second week. The Maze Runner finished seventh during the period with 2.3 million tickets sold while Keys to the Heart wound up with a stellar 3.42 million viewers as it found itself in fifth place.
Disney claimed another January animation hit in Korea, following the successes of Frozen and Zootopia, with their Pixar title Coco. It opened in third place in mid-January, behind Along with the Gods: The Two Worlds and1987: When the Day Comes, yet, despite never coming close to first place, the critically-acclaimed family title drew crowds week after week and ended up in fourth place for the first quarter with 3.51 million viewers.
Demonstrating the strength of family titles in Korea in January was also the release of Jumanji: Welcome to the Jungle. Though it paled in comparison to its performance in America and other major markets and never charted above third place, the Dwayne Johnson-led action-adventure scored a healthy 1.71 million admissions and was the ninth most well-attended title of the period.
Lunar New Year showdown 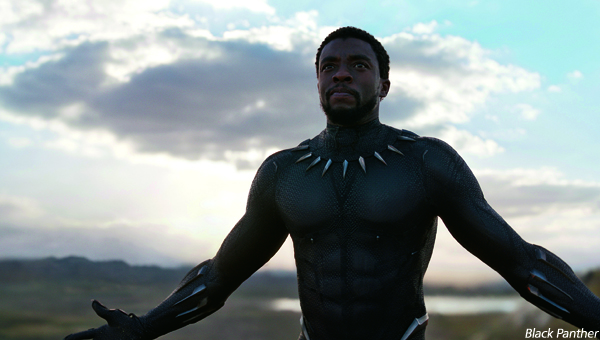 As the first month of the year wound down, the release schedule for the Lunar New Year holiday, one of Korea’s two major holiday seasons (along with Chuseok) kicked into gear with the release of the first of five major titles targeting the holidays. Korea’s top four studios (CJ, Lotte, Showbox, and NEW) each had a horse in the race, along with a Disney global tentpole, yet, despite big budgets, stars and so much on offer, the Lunar New Year holiday race was a quiet one in 2018, as audiences shied away from turning local titles into bonafide hits since many viewers were instead caught up in the Winter Olympics fever taking place on the East Coast in Pyeongchang.
First up was NEW with the superhero action-drama Psychokinesis, featuring RYU Seung- as an ordinary man who acquires superpowers and attempts to save his daughter and her colleagues from gangsters and developers. Despite high expectations and a budget in excess of USD 10 million, this follow-up from TRAIN TO BUSAN (2016) hitmaker YEON Sang-ho only managed to win its first weekend by a slim majority against the third week of Keys to the Heart and ultimately fell shy of a million viewers.
Next up was Showbox’s Detective K: Secret of the Living Dead and while the franchise title paled in comparison to its two predecessors, it would end up comfortably beating out all local titles at the Lunar New Year box office with just 2.44 million admissions, making it the sixth best-selling film of the quarter. The third installment of the period investigative action-comedy franchise was well below the 4.79 million viewers of 2011 original and the 3.87 million spectators of its 2015 sequel.
As the holidays kicked into full gear in mid-February, both CJ Entertainment’s Golden Slumber and Lotte Entertainment’s Heung-boo: The Revolutionist went up against the Disney-Marvel tentpole Black Panther.
As a star vehicle for GANG Dong-won and based on a popular Japanese novel, man-on-the-run thriller Golden Slumber was well positioned to perform strongly during the holidays. However, lukewarm critical and audience reactions and a marketing campaign that failed to put forward an intriguing premise led to a humdrum result as the film mustered only 1.39 million viewers by the end of its run. Even less impressive was the period drama Heung-boo: The Revolutionist, which features a posthumous performance by the late Joo-hyuk and reached a tepid 416,000 viewers.
Though normally reserved for a homegrown title, this year’s Lunar New Year box office crown was soundly swept up by Disney-Marvel’s global smash Black Panther. The film featured a significant set-piece shot and set in Busan, the port metropolis on Korea’s southern coast, and drew strong critical reactions ahead of its launch. Pent-up curiosity gave the film a rousing start as it bowed to a phenomenal 1.9 million spectators in its first five days. Although audiences didn’t connect with the film quite as strong as some had expected, it did finish with a mighty 5.39 million viewers, making it the top new title at the Korean box office in 2018, and the second among all releases counted in the first quarter of the year.
Local films dominate during the energetic low season 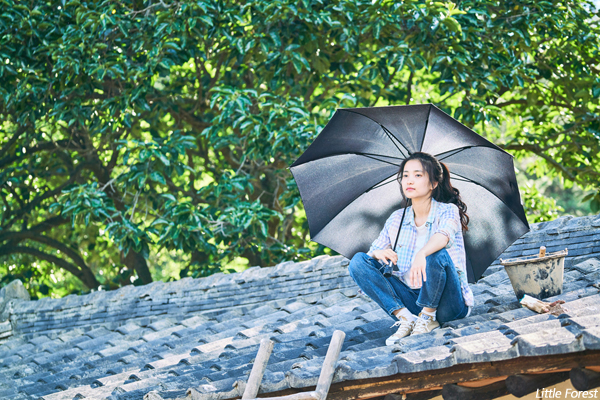 Traditionally one of the slowest periods of the year, March 2018 was the first since 2013 during which Korean films held onto a majority, as they accounted for an impressive 62% of sales. The month kicked off with the debut of the long-delayed period romantic comedy The Princess and the Matchmaker, which opened in first but quickly faded in the days that followed. The film wound up with 1.34 million viewers, just outside of the top 10.
Opening in second place the same week was YIM Soon-rye’s youth drama Little Forest with KIM Tae- and RYU Jun-. The film benefitted from excellent word of mouth and remained in the top five for four weeks, ultimately receiving 1.49 million entries, enough for tenth place on the quarterly chart.
The following week brought with it another new local chart-topper in the form of The Vanished, a remake of the Spanish mystery-thriller The Body. The mid-level commercial title finished its run with a respectable 1.32 million viewers.
In mid-March, it was the fantasy melodrama Be With You, with SON Ye-jin and SO Ji-sub, that took the weekend crown. Solid word of mouth brought the film to a very healthy 2.23 million viewers by the end of March, making it the eighth highest-selling film of the period as it continues to draw crowds in April. Pacific Rim: Uprising eked out a slim win the following weekend but quickly disappeared from the charts as it barely scraped over a million viewers in total.
Closing out the first quarter with a surprise was the massive debut of the local found footage horror GONJIAM: Haunted Asylum from director JUNG Bum- which drew close to a million viewers in its opening weekend, beating the debut of the big-budget Korean thriller Seven Years of Night. The horror hit has already passed 2.3 million viewers as of April 10.
Lower budgets edge out expensive tentpoles
While films with large budgets fell short of expectations in early 2018, low and mid-budget genre titles contributed to a strong performance for the local film industry and demonstrated the potential of genres that have struggled to find favor in the last few years.
GONJIAM: Haunted Asylum had the best debut for a horror in several years and is only behind KIM Jee- A Tale of Two Sisters (2003) as the second best-selling Korean horror film ever with time still left to change that. Equally impressive were the encouraging results of three melodramas: Keys to the Heart, Little Forest and Be With You. While large-scale releases and thrillers will continue to draw crowds in Korea, the results of the first three months of the year demonstrate that local viewers are eager to see the local industry deliver films across a broad spectrum of genres.
Korean films on the horizon 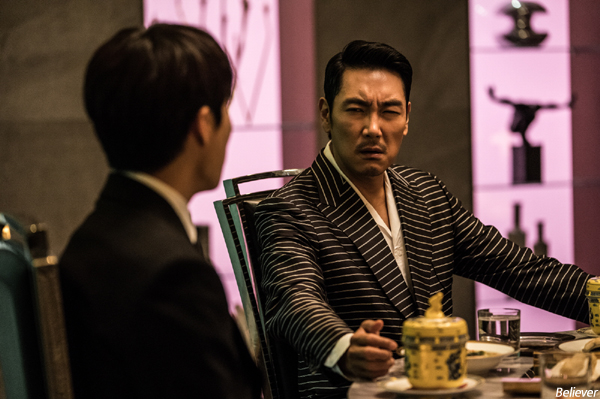 April may not produce quite the same level of surprises, as local studios may try to steer clear of some particularly fierce competition, namely Avengers: Infinity War at the end of the month, but the Korean film industry should come back strong in May with several big contenders shuffling into theaters. The end of spring will welcome LEE Hae-young’s action-crime film Believer, a remake of Johnny TO’s Drug War, the Don LEE (aka MA Dong-) led boxing comedy-drama Champion and LEE Chang-dong’s long-awaited return BURNING.
Looking ahead to summer, a slew of big-budget releases are waiting in the wings as the fantasy sequel Along with the Gods: The Last 49 Days, 1970s crime saga The Drug King, period siege drama Ansi Fortress (translated title), the North Korean kidnapping action-drama Take Point, period creature feature Monstrum, hostage thriller Negotiation and KIM Jee- sci-fi action Inrang (Korean title) are just some of the major titles expected to hit theaters in the coming months.
Any copying, republication or redistribution of KOFIC's content is prohibited without prior consent of KOFIC.
Related People Related Films Related Company Related News 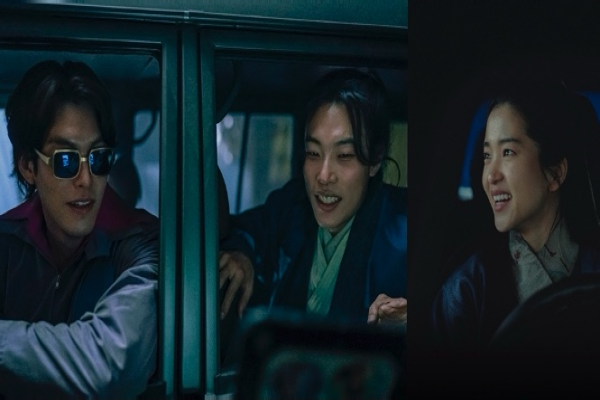 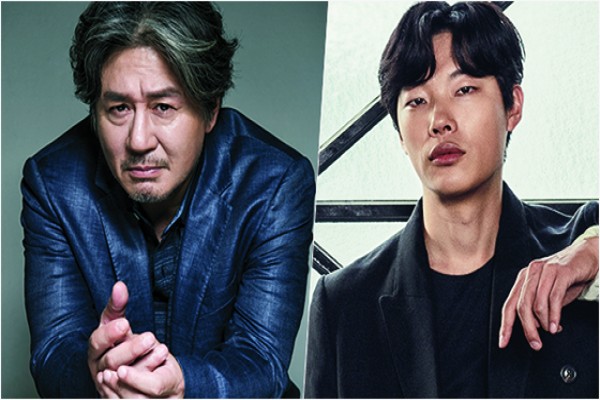 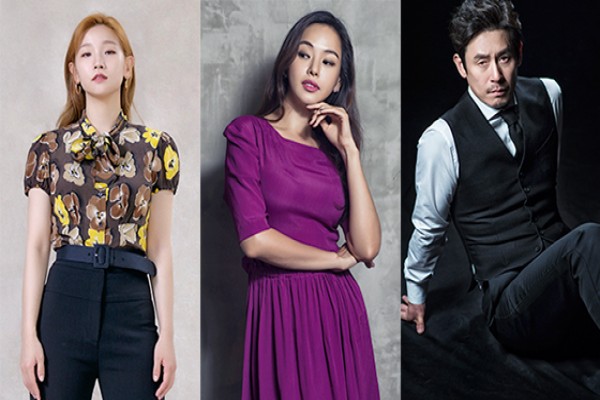