A Good Enough Year, but the Best Year for Korean Films 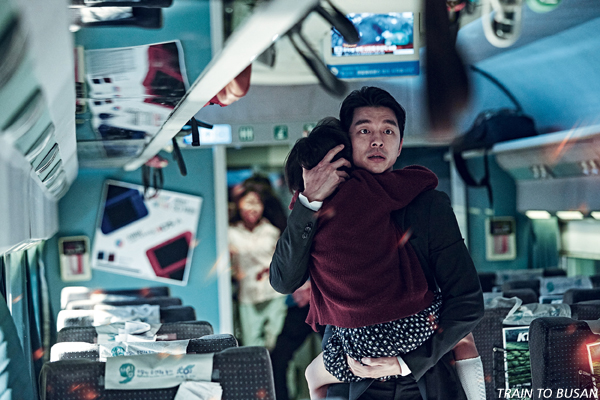 After five years of consecutive growth, the Korean film industry remained healthy in 2016, though the half-decade streak of gains came to an end as the industry essentially remained flat. Admissions reached 217.02 million, which was down just 0.1% from 2016.
A wide range of hits accounted for the hefty admissions total in a year that welcomed just one new member to the vaunted 10 million viewers club (the global zombie smash TRAIN TO BUSAN) but saw a larger than the usual number of films over the five million barriers. Korean films were also as popular as ever and by year’s end commanded eight of the top ten spots on the annual box office chart, with a pair of Marvel titles representing Hollywood filling out the other two spots.
This was the fourth time in a row that the industry admitted over 200 million spectators. While the total viewer level was the same, an indication that a saturation point for the exhibition market has been reached, it was a strong year for Korean cinema, which commanded a healthy 54% market share, up from the 52% score of 2015.
The 116.57 million viewers recorded for Korean film was the second best ever figure for the local industry, behind the 127.23 million entries recorded in 2013. 2016 was the fifth consecutive year that over 100 million viewers were accumulated for domestic films.
While 2016 may have been a success story for Korean films, Hollywood was not left out in the dark. It may have seen its market share dip by 1% but it recorded 90.88 million viewers, the third best ever haul for Hollywood titles. Beyond their US titles, several Hollywood majors such as 20th Century Fox and Warner Brothers also scored hits in Korea with local language productions, demonstrating new horizons for foreign film producers and investors whiting Korean shores.
Looking at raw sales, the industry reached a new benchmark with box office receipts totaling USD 1.48 billion, up marginally from the previous year’s 1.46 billion, though this was partly due to slightly higher average ticket prices. Looking at the sales total, 2016 proved to be the best year ever for Korean films, which racked up USD 789.4 million, approximately 2% ahead of 2013’s admissions record due to the inflation that occurred in the intervening years.
Hollywood Enters Korea 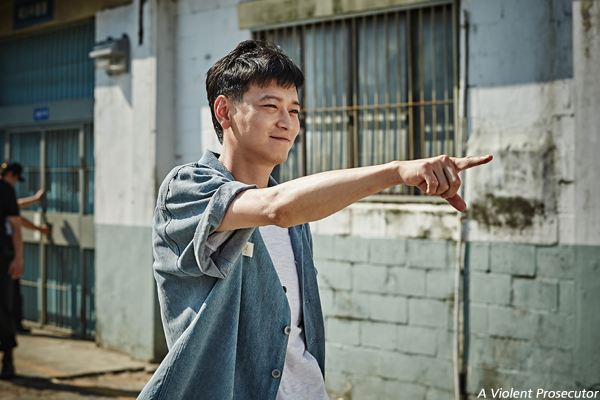 Depending on how things may shake out over the next few years in a continually evolving marketplace, 2016 may be looked back on as a watershed year for a shift in the investment sector of the Korean film industry. Hollywood has had its eye on the Korean marketplace for some time, beyond just a market to launch its American titles, but also an industry to be mined through local productions, given Korea’s rare status as majority market for domestic output. 20th Century Fox and Warner Brothers each launched a high profile film this year, both of which had major festival debuts and wound up among the year’s seven most well attended Korean titles. Between them, THE WAILING by NA Hong-jin and KIM Jee- The Age of Shadows attracted almost 14.4 million viewers.
First up to bat was THE WAILING which was the fourth locally produced 20th Century Fox title. Following the disappointing returns of their earlier efforts Running Man (2013), Slow Video (2014) and Intimate Enemies (2015), THE WAILING soared way above expectations, pulling in a stellar 6.88 million admissions. The film was also an enormous critical hit, earning rave reviews from its Cannes Film Festival premiere, where it bowed as a midnight screening. 20th Century Fox is currently shooting its fifth Korean production, the period piece The Proxy Soldiers with LEE Jung- and YEO Jin-gu.
On the other hand, Warner Brothers were immediately successful out of the gate with first ever production The Age of Shadows. Director KIM’s return to Korean film after his Hollywood debut The Last Stand (2013), the film debuted at the Venice International Film Festival before hitting screens in Korea just ahead of the Chuseok (Korean Thanksgiving Day) holiday. Featuring proven star SONG Kang-ho and Yoo, fresh off the success of TRAIN TO BUSAN, the film was also a major commercial and critical hit, finding its way past 7.5 million spectators and scoring recognition as Korea’s submission to this year’s Academy Awards, though, like previous Korean submissions, it did not make the shortlist.
Warner Brothers will release their second Korean title A Single Rider, featuring LEE Byung-hun and KONG Hyo-jin on Korean screen at the end of February, while the currently filming PARK Hoon- North Korean action film V.I.P. will be released later in the year.
Beyond 20th Century Fox and Warner Brothers, many are curious to see how online giant Netflix will fare in the market. They will release BONG Joon-ho’s multi-lingual title Okja in summer 2017, though it is unclear what sort of theatrical it may receive.
Casting Trends 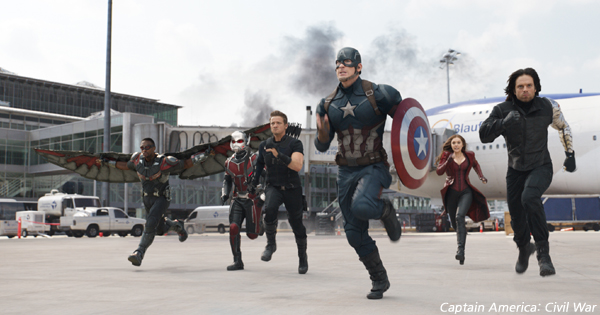 Studios took few gambles with casting in 2016, as most tentpoles were built around established stars, while one title, the Korean War film Operation Chromite, even bringing in the global star Liam Neeson to add to its box office potential.
Just as he was in 2015, last year’s biggest box office draw was once again HWANG Jung-min, who featured in four hits that landed on the 2nd, 7th, 14th and 15th spots on the year’s best selling Korean films list. Highest among them was A Violent Prosecutor, while he featured in the cast of NA Hong-jin’s THE WAILING and KIM Sung-soo’s The City of Madness. While it was released at the end of the previous year, mountaineering drama The Himalayas pulled in enough new viewers in early 2016 to land on the list.
Other major stars in 2016 including GANG Dong-won, who followed up his 2015 hit The Priests with both A Violent Prosecutor and Master. Meanwhile, outside of thrillers, his fantasy drama VANISHING TIME: A BOY WHO RETURNED fared less well. GONG Yoo had an incredible few months when TRAIN TO BUSAN became the year’s biggest film after being released in July and KIM Jee- The Age of Shadows struck gold again less than two months later. LEE Byung-hun also deserves a mention, as the director's cut of Inside Men drew almost two million viewers early in the year and closed the year with the smash Master. He was also a supporting star in The Age of Shadows.
Save for SON Ye-jin’s role in the Colonial Era drama The Last Princess and KIM Hye-soo’s dramedy vehicle Familyhood, there were once again few strong roles for women among the year’s blockbusters, with most female characters in blockbusters being relegated to supporting roles alongside their top-billed male counterparts.
Trending Themes at the Box Office 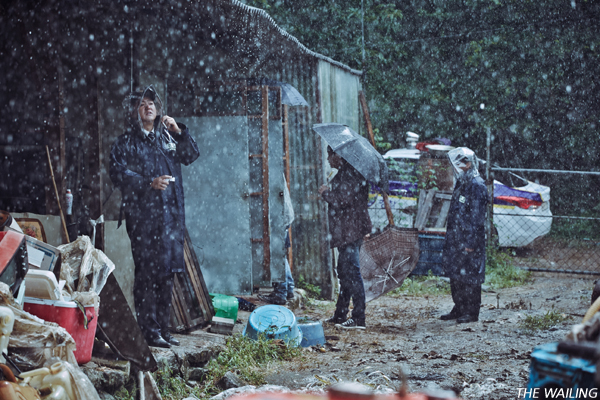 Other areas that saw little change from the previous year were the genres and themes that drew in big crowds. The most common blockbuster trends of the year were films set during the Japanese Occupation Era as well as the thriller with major corruption themes.
The former drew some of the industry’s biggest directors into the fray such as PARK Chan-wook, who bowed his Fingersmith adaptation The Handmaiden at the Cannes Film Festival and secured his second best ever performance in Korea when the film drew 4.29 million viewers, melodrama expert HUR Jin-ho tackling his biggest project The Last Princess, which also became his biggest box office title with 5.6 million viewers, and Jee- who also set a new career-high with The Age of Shadows’ 7.5 million admissions total.
The period setting also proved to be a massive boon for independent titles as LEE Joon- first ever low-budget film ; The Portrait of A Poet managed to top one million admissions, while the crowd-funded comfort women drama Spirits' Homecoming became the most successful narrative independent film of all time 3.59 million admissions.
Playing off sentiments of disenfranchisement held by many citizens, thrillers with gross corruption themes remained a strong draw in theaters. Inside Men built on its stellar 2015 run when its director’s cut drew almost two million viewers early in the year and was quickly followed by prosecutor scandal hit A Violent Prosecutor, which dominated the Lunar New Year period with over 9.1 million entries. Also in the mix were KIM Sung-soo’s dark thriller Asura : The City of Madness, about a corrupt mayor tearing a city apart, which welcomed 2.59 million spectators, and the end of year smash pyramid scheme thriller Master, which had welcomed 4.94 million viewers by year’s end, when it may still on top of the chart.
Genres that saw a resurgence in popularity in 2016 included disaster thrillers, with no less than three titles each finding wide audiences. These included YEON Sang-ho’s zombie thriller TRAIN TO BUSAN, which topped the year with 11.57 million viewers, KIM Seong-hun’s rescue drama Tunnel, which excavated 7.12 million spectators in late summer, and PARK Jung-woo’s nuclear disaster film Pandora, which drew 4.31 million viewers at the end of the year.
Towards the end of the year, amid national political scandals, viewers also flocked to comedies, as LUCK-KEY scored an unexpected 6.98 million viewers in October, while the family comedy MY ANNOYING BROTHER was a solid performer with 2.98 million viewers a month later. Another successful comedy title was the KIM Hye-soo vehicle Familyhood, which drew 2.11 million viewers in early summer.
Beyond these groups, audiences were also taken by a couple of other special genres titles, such as the Korean War epic Operation Chromite (7.05 million viewers) and the horror-thriller THE WAILING (6.88 million viewers). Beyond these, however, more standard fare along the romance, thriller and drama lines found little favor with spectators throughout the year.
Major Distributors 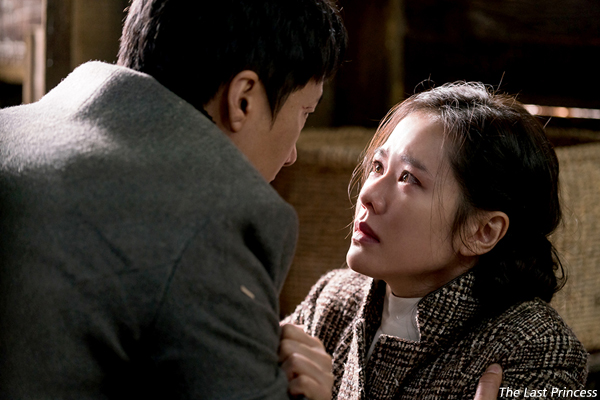 Though it only delivered a handful of titles in 2016, the most impressive distributor was local provider Showbox, which commanded the 2nd, 5th and 7th positions on the overall top ten chart with their hits A Violent Prosecutor, Tunnel  LUCK-KEY. CJ Entertainment, which always delivers the most content, had a softer than usual year with nothing in the top five, but nevertheless landed on the 6th (Operation Chromite), 11th (Master), 15th (The Handmaiden), 16th (Kung Fu Panda 3) and 20th (MY ANNOYING BROTHER) spots on the list.
Next Entertainment World (NEW) landed on the 1st (TRAIN TO BUSAN) and 14th positions (Pandora), while Lotte Entertainment held 9th with the domestic The Last Princess and 19th with Hollywood import Now You See Me 2. The smaller outfit WAW Pictures scored a spot at 17th with their indie hit Spirits' Homecoming.
Much as it was elsewhere in the world, Disney was the top Hollywood distributor operating in Korea throughout the year. Their Captain America: Civil War was the top import of the year at 3rd with 8.68 million admissions. A fellow Marvel title, Doctor Strange was the only other foreign film in the top ten with 5.45 million viewers. Disney also landed on the 12th position with their animation Zootopia which drew 4.71 million spectators.
Both Warner Brothers and 20th Century Fox landed a local film in the top ten while they also had one Hollywood title a piece in the 11-20 range. The Age of Shadows came in at 4th while Fantastic Beasts and Where to Find Them was at 13th with 4.66 million admissions for Warner Brothers and THE WAILING was the 8th largest title of the year with Deadpool at 18th with 3.32 million viewers for Fox.
Year Ahead 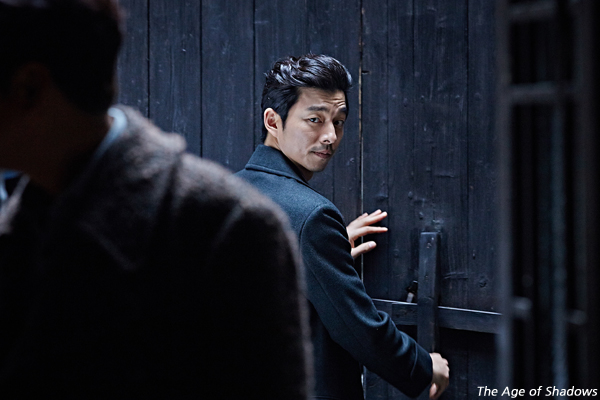 2017 begins with a standoff between two major thrillers from CJ Entertainment and NEW, the North Korean action title Confidential Assignment and the corruption film The King.
Throughout the rest of the year, North Korea-themed films look to be making a comeback as the industry’s go-to blockbuster material, while big-budget offerings such as RYOO Seung-wan’s Colonial Era escape drama Battleship Island and the first part of KIM Yong- fantasy epic Along with the Gods: The Two Worlds will face off with more political works, such as JANG Hun’s Gwangju Democratization Movement drama A Taxi Driver and PARK In- election drama The Mayor.
Any copying, republication or redistribution of KOFIC's content is prohibited without prior consent of KOFIC.
Related People Related Films Related Company Related News