Review of the first three quarters for 2016 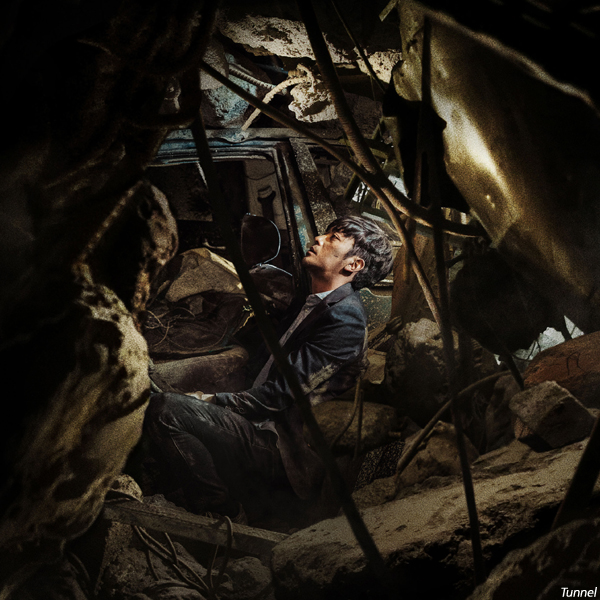 After a few years of major growth at the beginning of the decade, the Korean box office has remained flat once again, with this year’s total to date staying at the same level as 2015. However, where gains have been made is in the local industry, which has churned out several major hits and found itself with a significantly better market share than last year.
Local Hits Edge Out Hollywood as Box Office Reaches Saturation Point 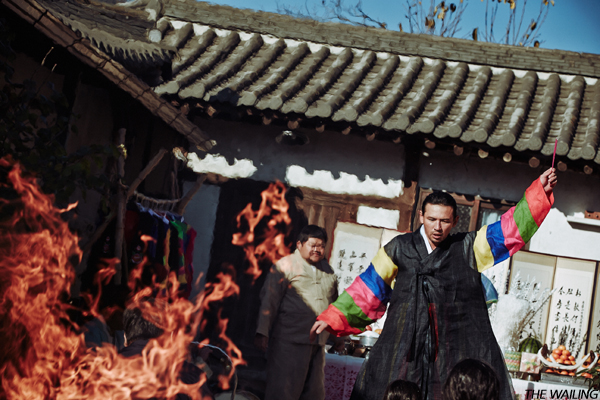 In the first three quarters of 2016, Korean cinema has fielded a diverse array of titles that have captivated local viewers with their attractive mix of stars and new genre material, as filmmakers have looked outside the typical formulas that have blighted the mainstream throughout the last ten years. This trend for new stories carries on from late last year when The Priests, Korea’s first mainstream exorcism thriller, became an unexpected fall smash. Films that have benefitted from audiences hungry for something different include NA Hong-jin’s critically acclaimed THE WAILING and several films set in the Colonial Era, but most of all, the zombie smash that continues to fill its coffers around the world, YEON Sang-ho’s TRAIN TO BUSAN.
These fresh titles have helped give Korea the edge in the marketplace, as the local industry captured 54% of ticket sales in the first nine months of the year, amounting to 90.51 million admissions out of a total of 167 million. That total figure is comparable to the previous three years, which range from 165.7 to 168.13 million, showing just how stable the exhibition industry has become in Korea, which has begun to attract major Hollywood studios interested in making local productions, such as 20th Century Fox, Warner Bros., and Netflix.
Yet the figure also demonstrates that the marketplace has reached saturation, a fact that has likely contributed to several top Korean movie houses beginning to forge major ties overseas, particularly in China and Southeast Asia, such as CJ Entertainment, Showbox Next Entertainment World. While this year’s local market share eclipsed both 2014 (51%) and 2015 (50%), it remained far behind the record-breaking 2013, which saw the domestic output gobble up 60% of the marketplace.
Local Cinema Explores New Genres 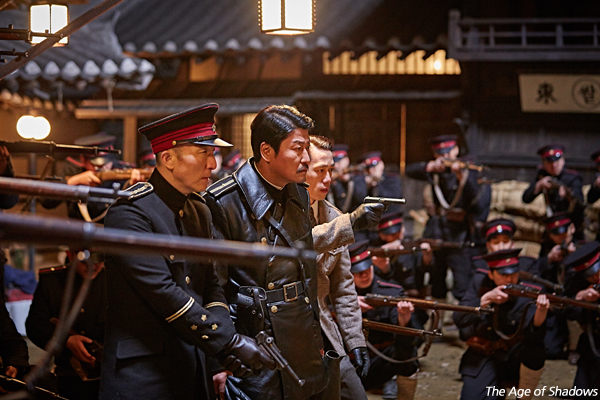 The Priests introduced the exorcism thriller to the Korean film market to explosive effect last fall when it attracted 5.44 million viewers and this spring NA Hong-jin’s THE WAILING proved that religious-themed horror was no flash in the pan in the marketplace. A dark horror combining investigative thriller, psychological horror and extended sequences of shamanistic rituals, the feature became a major talking point both in Korea and at the Cannes Film Festival where it premiered Out of Competition. Ultimately, the film wound up with 6.88 million viewers, making it the most successful film in NA’s career and sixth most popular Korean title of the year so far.
Yet Korean audiences’ thirst for new genres hardly stopped there, with the year’s biggest hit (as of this writing) turning out to be another new genre of the industry. Though it’s been a staple of low-budget filmmaking across the globe since George A. Romero exploded onto the scene with Night of the Living Dead in 1968, the zombie film has seldom been in seen in Korea, and generally only as part of an independent omnibus feature (such as The Neighbor Zombie, 2010), rather than encompass a full feature narrative.
However, all that changed with the release of YEON Sang-ho’s debut live action film TRAIN TO BUSAN, which recorded the largest opening day (872,000 viewers) and the biggest five-day start of all time (4.75 million viewers), eclipsing the records set by naval period epic Roaring Currents in 2014.
TRAIN TO BUSAN also burned up the charts of several countries around the world (as detailed in a separate feature), but its local success also inflated the performances of two subsequent zombie titles in the marketplace that would have had great trouble securing audiences otherwise. First was YEON’s own animated feature Seoul Station, a low-budget prequel to TRAIN TO BUSAN which was produced directly before it which was seen by 147,00 spectators, and second was the explosive success of the Japanese zombie manga adaptation I Am a Hero, which scored 189,000 viewers in early fall.
Also carrying on from last year was the success of period narratives set in the Colonial Era, when Korea was occupied by Japan. Last year saw CHOI Dong-hoon’s action-thriller Assassination set its sights on 12.7 million viewers but while no film has topped that this year, four Colonial Era narratives made it to the top ten ranking of local films.
Third for the year with 7.16 million viewers and still in theatres as of this writing was KIM Jee- The Age of Shadows, which marked a massively successful market debut for Warner Bros, which produced a Korean film for the first time and is already busy with their second and third titles. Seventh on the local chart was the drama The Last Princess with SON Ye-jin which, with 5.6 million admissions, became the most successful film in director HUR Jin-ho’s career.
Just behind that was PARK Chan-wook’s The Handmaiden, an adaptation of Sarah Waters’ novel ‘Fingersmith’. Following its Cannes Film Festival competition debut, the film amassed 4.29 million spectators in June. Coming in at ninth but arguably the most successful among all these films was the crowd-funded independent drama Spirits’ Homecoming. The long-in-the-works film, which deals with the touchy issue of comfort women in Colonial times, was a sensation in February, ultimately selling 3.59 million tickets. Further down the chart, but also impressive was the black and white biopic ; The Portrait of A Poet, which marked the independent film debut of hitmaker LEE Joon-. Penned and produced by indie filmmaker SHIN Yeon-, the film was the 17th most popular title of the year with 1.17 million admissions despite its very low budget.
Vicarious Thrills in the Cinematic Fight against Corruption 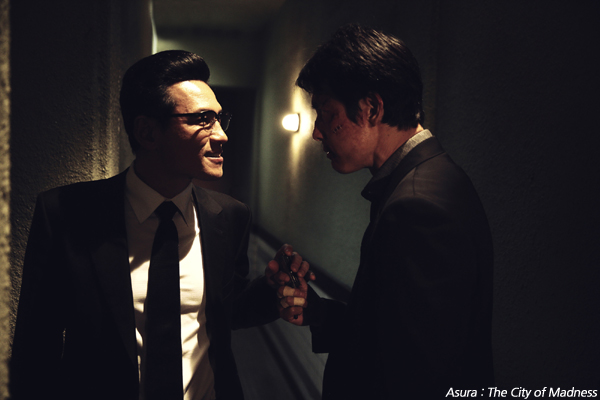 Another trend that carried over from last year were Korean films featuring narratives highlighting the corruption prevalent in Korean society. The narrative style yielded Korea its number one and four biggest hits last year with RYOO Seung-wan’s Veteran (2015) and WOO Min-ho’s Inside Men (2015), the director’s cut of which scored almost two million admissions at the beginning of this year.
The next smash to echo the sentiments of frustrated Korean citizens was A Violent Prosecutor which was released during the Lunar New Year holiday in February. The film featured Veteran star HWANG Jung-min as a prosecutor framed for murder by his corrupt judicial colleagues who engages the help of a young convict played by The Priests actor GANG Dong-won for his revenge plan.
Though it only had three days of release within the time frame examined by this piece, the trend continued to popular effect with KIM Sung-soo’s action noir The City of Madness, which once again featured HWANG, this time alongside JUNG Woo-sung. The film had a powerful opening but quickly tapered off (reaching 2.26 million viewers as of October 6th), which could be a sign that either the trend or HWANG’s star power have begun to wane.
Disappointing Returns for Hollywood
Though Hollywood titles overall remained a relatively popular draw in Korea as they accounted for 42% of sales, few films were able to break out in a major way. The top ten through September 30th only featured two American titles, with the rest of the list being made of homegrown titles.
The top Hollywood film of the year (and third overall) to no one’s surprise was Captain America: Civil War. The film proved to be yet another hit for Marvel in Korea but with 8.67 million viewers, the film was seen to underperform slightly, as it came under the totals of both Iron Man 3 (9 million admissions in 2013) and The Avengers: Age of Ultron, which scored 10.49 million admissions in spring last year, though that film’s total was likely inflated due to the fact that part of the film was shot in Seoul. The other top ten title, which landed at number nine was far more unexpected. Disney’s animation Zootopia charmed audiences in February and during its long run eventually reached 4.7 million viewers.
Meanwhile, other Hollywood titles that tore up the global box office failed to generate the same kind of interest in Korea. Warner Bros.’s DC Comics titles Batman vs. Superman: Dawn of Justice and Suicide Squad opened well but were quickly forgotten, amassing 2.26 million and 1.9 million viewers, respectively. Landing just outside of the top ten were Kung Fu Panda 3 (3.98 million viewers), which was directed by Korean-America Jennifer YUH, R-rated superhero film Deadpool (3.32 million viewers) and con artist thriller Now You See Me 2 (3.1 million viewers).
Diverse Summer Hits 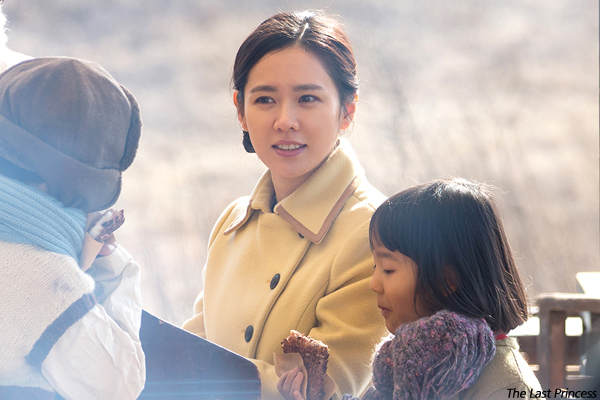 As always, the year’s busiest time was the high summer season that runs from late July through August. The film that kicked off the season and remained the top title of the year was the aforementioned TRAIN TO BUSAN and coming hot on its heels a week later was the Korean War action film Operation Chromite from John H. LEE. The project drew plenty of notice due to the casting of global superstar Liam Neeson as General Douglas MacArthur and had a gigantic debut, during which it clobbered the lackluster performance of Jason Bourne. The film finished its run with 7.05 million viewers, making it the fifth most successful homegrown title of the year.
The Last Princess was next at-bat and continued the string of Korean hits before making way for two new local films in the second week of August. , a sequel to 2009 sports hit Take Off, was unable to gain an audience, but disaster drama Tunnel, from A Hard Day (2013) director KIM Seong-hun and with HA Jung-woo and BAE Doo-na, wound up topping Operation Chromite after several weeks of strong play. The film is currently the fourth most well-attended Korean title of the year with 7.12 million viewers.
Any copying, republication or redistribution of KOFIC's content is prohibited without prior consent of KOFIC.
Related People Related Films Related Company