BE WITH YOU Embraces Top Spot at Korean Box Office 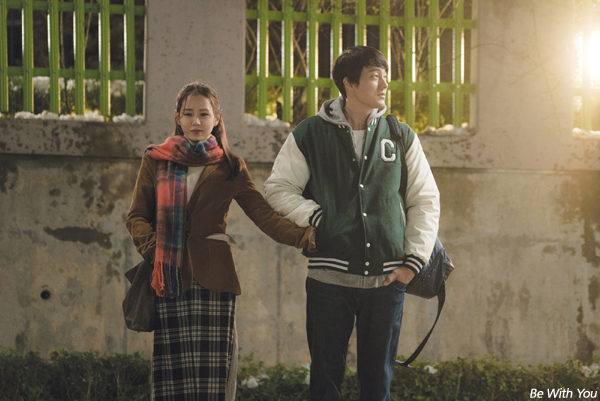 A pair of new Korean romantic titles elevated the local market share to 78% at the Korean box office as business remained level with last week with 1.54 million tickets sold during another slow March session.
Topping the chart with 683,000 sales (USD 5.36 million) over the weekend and 881,000 entries (USD 6.76 million) since its Wednesday debut was the fantasy romantic vehicle Be With You with SON Ye-jin and SO Ji-sub. With good user ratings and a strong position on the reservations chart, the title should continue to drum up a solid business in the week ahead. Be With You is based on the Japanese novel by ICHIKAWA Takuji, which was previously adapted into the Japanese film and TV series.
Losing just over half its business in its sophomore week was local mystery-thriller The Vanished. The film brought in another 252,000 viewers (USD 1.97 million) to lift its total to a respectable 1.11 million spectators (USD 8.47 million).
Also down about 50% was local youth drama Little Forest, which remained in third place with 127,000 sales (USD 998,000) to brings its haul to a healthy 1.35 million admissions (USD 10.03 million).
The Hurricane Heist debuted in fourth place with 119,000 entries (USD 939,000) and 159,000 seats filled (USD 1.22 million) over its first five days.
Also new on the chart was the romantic comedy Cheese in the Trap, adapted from a webtoon that previously served as the source for a popular TV show. The film mustered a disappointing 106,000 viewer (USD 842,000) opening weekend, with 162,000 entries (USD 1.25 million) recorded in total.
Looking to shake up the chart this coming week will be the Hollywood tentpole Pacific Rim: Uprising. The original performed quite well in Korea in 2013, when it accumulated 2.54 million admissions.
Any copying, republication or redistribution of KOFIC's content is prohibited without prior consent of KOFIC.
Related People Related Films