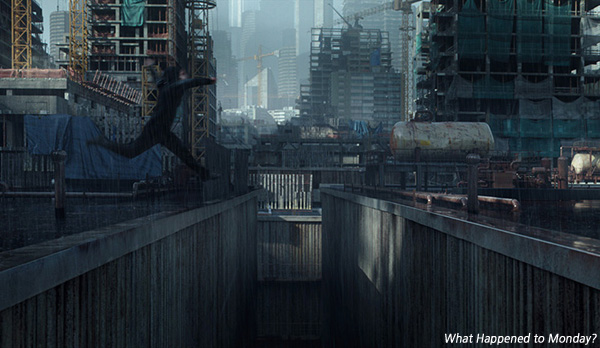 The post-Lunar New Year weekend unavoidably posted a large week-to-week drop as few major new titles were launched last week. But as admissions slipped over 50%, with 1.67 million entries recorded, it was also a result of the mixed reception afforded by the holiday titles, most of which faded badly over the weekend. Particularly hard up were Korean films, which claimed just 22% of the market while Hollywood held on to a majority with 58% of sales.
After its blockbuster debut, Marvel’s latest global phenomenon Black Panther failed to hang as well as it did elsewhere, as it eased a significant 63% in its sophomore session. With 708,000 new viewers (USD 5.74 million) the film is still a hit, having reached 4.46 million entries (USD 35.91 million) in 12 days.
Launching in second place thanks to weak competition was the European mystery film What Happened to Monday? with 238,000 spectators (USD 1.93 million) recorded over the weekend and 267,000 sales (USD 2.14 million) in four days.
CJ Entertainment’s GANG Dong-won vehicle Golden Slumber couldn’t recover after a slow start as it slipped 75% in its second frame, although its 158,000 entry (USD 1.24 million) frame was enough to hold on to third place. To date, the film has brought in 1.33 million viewers (USD 10.21 million).
After two solid weeks of play, Detective K: Secret of the Living Dead dropped 80% with another 147,000 tickets sold (USD 1.12 million). This gives the threequel 2.39 million admissions (USD 18.05 million), a tidy sum, but significantly below that of previous installments.
Opening in fifth was Guillermo Del Toro’s Oscar hopeful, the gothic romance The Shape of Water. The film began its run with 132,000 spectators (USD 1.08 million) over three days and 162,000 entries banked (USD 1.31 million) since Thursday.
Several new films will shuffle into theaters this week as business is expected to pick up, led by homegrown youth drama Little Forest and period rom-com The Princess and the Matchmaker.
Any copying, republication or redistribution of KOFIC's content is prohibited without prior consent of KOFIC.
Related People Related Films Related Company