THE SWINDLERS Swipes Another Weekend Win 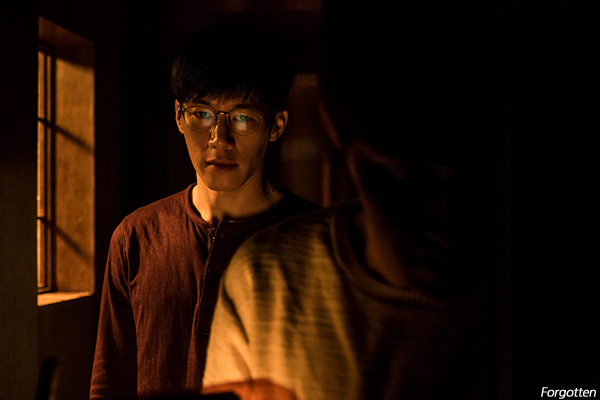 A slew of new releases couldn’t topple last week’s champion but business remained much the same overall during the first weekend of December, with 1.87 million entries recorded, approximately two thirds of which were snapped up by the wealth of local thrillers in theaters.
Con artist thriller The Swindlers posted another first place finish for Showbox, down 44% as it welcomed 672,000 viewers (USD 5.13 million). Despite poor reviews and a lukewarm audience response, the film has benefited from Hyun-bin’s star wattage and a paucity of appealing competition and has to date brought in just shy of three million spectators (USD 21.15 million).
Opening in second place with 396,000 entries (USD 2.99 million) was the mystery-thriller Forgotten, featuring KANG Ha-neul and GIM Mu-yeol. With 569,000 seats (USD 4 million) filled in its first five days, the film is off to a good start for Megabox Plus M, which has been having a stellar year with recent hits such as THE OUTLAWS and Anarchist from Colony. KANG has also been on a strong streak in 2017, headlining the hits New Trial and Midnight Runners.
Debuting just below was Kenneth Branagh’s new version of Agatha Christie’s Murder on the Orient Express. Featuring an all-star cast, the film scored a middling 333,000 admissions (USD 2.54 million) start with 489,000 in sales (USD 3.47 million) since its Wednesday debut.
In fourth place was another new entry and yet another Korean thriller as The Chase debuted with 172,000 entries (USD 1.29 million). From The Con Artists (2014) director KIM Hong-sun and featuring BAEK Yoon-sik (Save the Green Planet, 2003) and SUNG Dong-il (The Accidental Detective, 2015), the serial thriller filled 276,000 seats (USD 1.92 million) in its first five days.
Justice League filled out the top five in its fourth frame, pulling in another 56,000 viewers (USD 414,000), bringing its total to 1.75 million admissions (USD 13.22 million), which leaves it about half a million entries short of Batman v Superman: Dawn of Justice.
The 2004 drama If Only scored a healthy re-release with 50,000 spectators (USD 397,000) in sixth, bringing its lifetime total within striking distance of one million admissions. One spot below that was animation Loving Vincent, which remained the top film in limited release after a stellar 25% drop, with another 36,000 visitors (USD 280,000) giving it an impressive 276,000 admissions (USD 2.02 million). The film’s Korean total trails only its US tally.
Ahead of next week’s blockbuster offerings, no major releases are scheduled to hit screens this week. Highest on the reservations chart among new films are currently the local faith drama Sermon on the Mount and Japanese animation Mary and the Witch’s Flower.
Any copying, republication or redistribution of KOFIC's content is prohibited without prior consent of KOFIC.
Related People Related Films Related Company Related News