Apr 17, 2017
Local Comedy DADDY YOU, DAUGHTER ME Debuts in Second 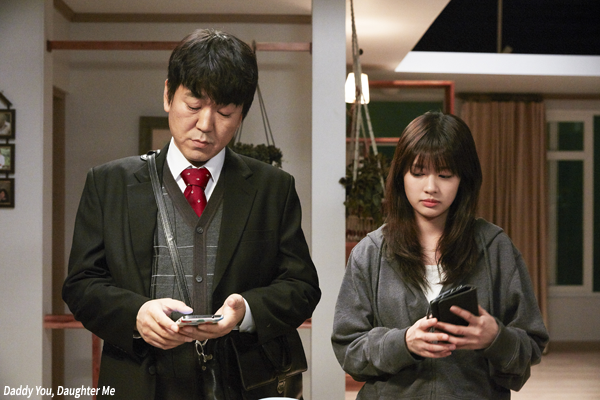 The international cinema market had a major boost over the weekend and Korea was no exception as the latest installment in the Fast and the Furious franchise scored the largest global debut of all time, at USD 532.5 million. It lifted business in Korea to 1.69 million admissions, while it also helped the Hollywood market share surged to 79%.
The Fate of the Furious improved about 10% over its predecessor Furious 7 in the market, as it opened with 1.06 million viewers (USD 8.03 million) over the frame and 1.43 million spectators (USD 10.57 million) across its first five days. Audiences seem to like what they’ve seen and with weak competition until next week’s The Mayor, the front-loaded franchise should enjoy one more spin at the top of the charts.
Opening in a distant second place was the local family comedy Daddy You, Daughter Me with YOON Je-moon and JEONG So-min. The film debuted with 206,000 entries (USD 1.48 million) over the frame, selling 278,000 tickets (USD 1.96 million) since Wednesday.
Disney’s Beauty and the Beast shed just over half its audience for a fifth weekend take of 153,000 admissions (USD 1.13 million), bringing its total to a brilliant 4.86 million (USD 35.15 million), making Korea one of the live action update’s top five global markets.
Local crime drama The Prison bled 69% as it began to shed screens, selling another 79,000 seats (USD 595,000) for 2.85 million admissions (USD 20.36 million). Fifth place was held by Hollywood sci-fi Life, which crashed over 80% in its second week, adding 40,000 viewers (USD 297,000) for a new total of 435,000 spectators (USD 3.17 million).
Ahead of next week’s double local-header, with election drama The Mayor and period investigation comedy The King’s Case Note, this week will welcome the new Power Rangers films and local documentary The Plan.
Any copying, republication or redistribution of KOFIC's content is prohibited without prior consent of KOFIC.
Related People Related Films