THE WAILING Continues to Drown Out the Competition 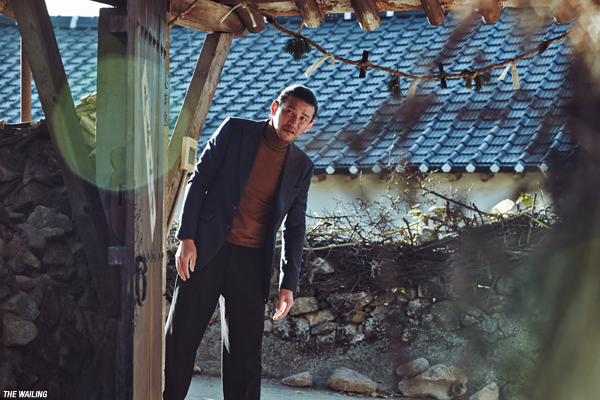 After its remarkable debut last week, NA Hong-jin’s latest film THE WAILING, which debuted at the Cannes Film Festival on May 18th, continued to lord over the charts, largely contributing to a weekend where 2.33 million viewers bought tickets to the theater, 70% of which for local fare.
Dipping just 27% after its unexpected debut, supernatural thriller THE WAILING sold another 1.33 million tickets (USD 9.59 million), bringing its haul to an impressive 4.54 million admissions (USD 31.45 million) to date. The film has received almost unanimous praise from critics in Korea and internationally at Cannes, and while local viewers have not been quite as keen, the curiosity factor and presence of box office superstar HWANG Jung-min have driven the film to strong returns.
Opening in a distant second place was The Angry Birds Movie adaptation, which flew in with 248,152 viewers (USD 1.62 million). Despite the visibility of the app-based game in South Korea, it was unable to translate to the big screen.
Falling 67% in its fourth weekend was Captain America: Civil War, which added another 182,661 viewers (USD 1.3 million) for a new 8.55 million admissions total (USD 60.64 million). After a huge start, the film has been unable to quite match the heights of Avengers: Age of Ultron in the market.
Debuting in fourth with a soft 168,775 viewers (USD 1.14 million) over the frame, and 212,617 spectators (USD 1.41 million) in four days, was local drama Canola with YOUN Yuh-jung and KIM Go-eun. The film is gearing up for a Chinese remake and has already sold internationally but the local performance pales in comparison to director CHANG’s previous hit, the action-thriller The Target in 2014.
Once (2007) helmer John Carney’s latest treat Sing Street had a solid debut in fifth with 136,696 viewers (USD 1 million) and 171,435 spectators (USD 1.22 million) since its Thursday start. The film is already generating strong word of mouth and may rise in the coming week.
After two stellar sessions, THE WAILING will likely cede pole position to X-Men: Apocalypse in the coming days, the only wide release on deck this week.