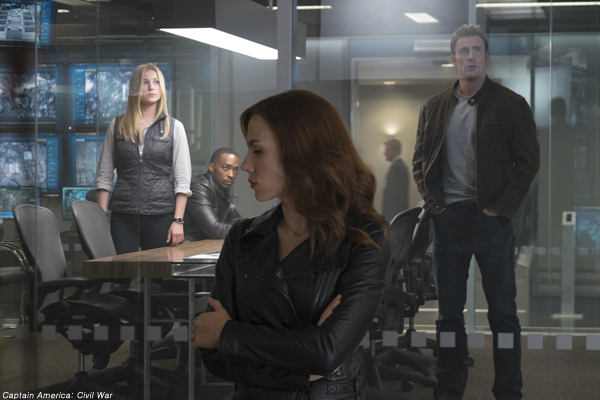 There was never any question that Captain America: Civil War would lay waste to the Korean charts but few could have anticipated just how high it would soar. With 91% of all sales, the Marvel blockbuster was responsible for the vast majority of the 3.04 million tickets moved over the past weekend.

With 2.73 million viewers (USD 21.03 million) over the three-day frame, Civil War recorded the third best opening weekend of all time, behind only Roaring Currents (3.36 million viewers) in 2014 and Avengers: Age of Ultron (2.82 million viewers) in 2015. Over its full five-day start, the comic book title accrued a massive 3.93 million admissions (USD 28.78 million), which already places it in fourth place on the yearly chart. With little competition, strong reviews and word of mouth, and a commanding lead on the reservations chart, Captain America should have no trouble lording over the charts throughout the first half of May.

Dropping to a distant second in its third weekend was local romantic thriller Time Renegades, which brought in another 86,663 spectators (USD 633,338) after slowing 64%. The film has now amassed 1.13 million viewers (USD 8.04 million).

Though unlikely to vie for the top position, CJ Entertainment will launch its action-thriller Phantom Detective, featuring LEE Je-hoon, this week.