THE GOOD DINOSAUR Charms Its Way to First Place 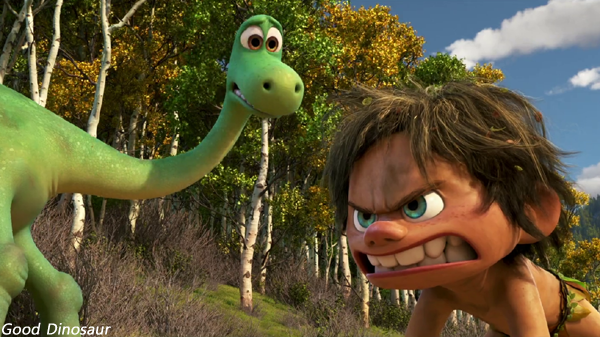 Levelling off substantially, ticket sales dropped to 2.22 million over in the second frame of the year and Korean films also let their dominance of the charts slip away, as the local market share dipped to 48%.
Opening in first place with 458,813 viewers (USD 2.88 million) and 533,373 (USD 3.31 million) since Thursday was Pixar’s latest release The Good Dinosaur, which has been under performing in America. The film was directed by Korean-American Peter SOHN.
Remaining in second place after a 42% slide was the director’s cut of Inside Men, Inside Men: The Original, attracting another 384,477 spectators (USD 2.68 million). That gives the new three-hour version 1.53 million admissions (USD 10.4 million), while overall Inside Men has attracted 8.6 million (USD 57.24 million) people to theaters.
After three weeks on top, JK Film’s mountaineering blockbuster The Himalayas slipped to third spot with 374,939 viewers (USD 2.48 million) after a 70% drop. The HWANG Jung-min drama has accumulated 7.08 million spectators (USD 45.54 million) since its December 16th bow.
The first Korean studio release of the year, LEE Yoon-jung’s Remember you with JUNG Woo-sung and KIM Ha-neul had a soft debut in fourth place with 231,134 spectators (USD 1.58 million) and 302,208 admissions (USD 2.03 million) since its January 7th launch.
In its second weekend (though it opened on a Saturday last week), Sherlock: The Abominable Bride added 217,623 viewers (USD 1.45 million) for a 1.16 million admissions (USD 7.52 million) total.
Among other new openers, US reboot Point Break kicked off in sixth place with 152,866 tickets sold (USD 1.02 million) and 187,180 viewers (USD 1.24 million) in four days while Quentin Tarantino’s The Hateful Eight opened in ninth place with 53,050 spectators (USD 377,896) over the weekend and 65,318 (USD 456,913) since Thursday.
This week will see the release of The Revenant with Leonardo DiCaprio.
Any copying, republication or redistribution of KOFIC's content is prohibited without prior consent of KOFIC.
Related People Related Films Related Company