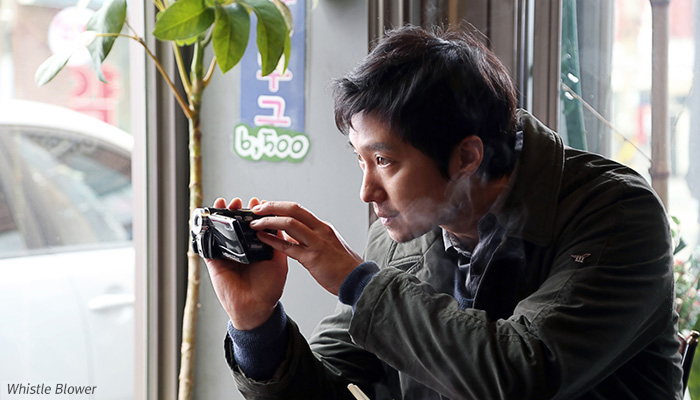 Korean films are prevailing at the Korean box office in autumn. Begin Again and The Maze Runner ranked first and second at the box office after Roaring Currents and The Pirates swept it. But the reign of the two Tinseltown films was short-lived. In particular, three much anticipated Korean films premiered in the first week of October. Whistle Blower, a YIM Soon-rye film starring PARK Hae-il and YOO Yeon-seok is based on the stem cell scandal involving Dr. Hwang Woo-suk. Slow Video is a film which director KIM Young-tak teamed up with actor CHA Tae-hyun once again after Hello Ghost. 20th Century Fox Korea invested and produced the film. Moreover, Scarlet Innocence directed by YIM Pil-sung has caught the attention of audiences via a cinematic volte-face by actor JUNG Woo-sung who marks the 20th anniversary of his debut as an actor. In the first week of October, Whistle Blower released on October 2 flew with colors as the king of the Korean box office.
Slow Video that premiered on the same day as Whistle Blower came in second. The Korean Film Council’s ticket sales network confirmed that Whistle Blower placed first by drawing 563,539 spectators for three days last weekend.
Slow Video took second place by recording 546,873 admissions for the same span and 657,493 admissions in total. The total scores of the two films are 16,666 admissions apart. Thus, the two Korean films are expected to run a close race at the October Korean box office. Another Korean film, Scarlet Innocence ranked fifth as 207,571spectators took in the film over the weekend.  This week, the Korean romantic comedy My Love, My Bride will come to town to tell a couple’s wedding story. Therefore, it is expected that the four Korean films will lead the Korean box office in October.
Any copying, republication or redistribution of KOFIC's content is prohibited without prior consent of KOFIC.
Related People Related Films