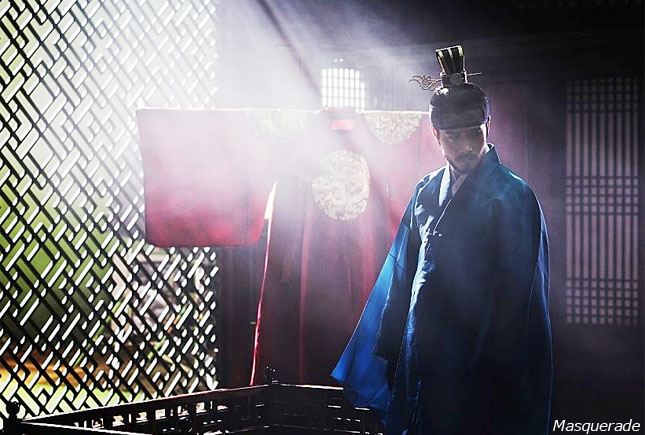 Three films performed well in an overall weak market during the last two weeks of October. Topping the list once again was Masquerade, the period drama starring LEE Byung-hun that recently took home a record 15 awards at the 2012 Grand Bell Awards. Adding another 1,468,571 admissions to its tally, the film has now passed the 11 million admissions mark and ranks as the 7th best-selling film ever in Korea.
Also putting up respectable numbers was Perfect Number, a thriller based on the well-known 2005 Japanese novel 'The Devotion of Suspect X' by HIGASHINO Keigo. The film by actress-turned-director PANG Eun-jin sold 1,319,814 tickets in its first two weeks, with lead actor RYOO Seung-beom earning particular attention for his understated performance.
The film originally premiered at the 2012 Busan International Film Festival, and is one in a string of Korean films adapted from contemporary Japanese novels. It tells the story of a brilliant but socially reclusive math teacher who volunteers to help his neighbor cover up a murder. Although generally well-received, some fans of the original book criticized the film adaptation for eliminating one of the novel’s most famous characters.
Meanwhile the latest James Bond film Skyfall took almost as much in a single week as the two films mentioned above drew in two weeks. Opening on October 26, the film opened in the #1 slot in the weekly box office and sold 1,156,924 tickets from Friday to Wednesday.
Although not all of the films in the 007 franchise have done well in South Korea, the strong reviews earned by the latest film, coupled with the lack of any true blockbuster-scale competitors has critics predicting that the film will continue to do well in the coming weeks.
Only two other new releases made their way onto the chart: Chinese martial arts film The Assassins, which opened on October 18 and took 74,097 admissions in two weeks; and the Korean comedy Almost Che, which took 182,927 admissions in a single week to land at #6. Almost Che, starring KIM In-kwon and YOO Da-in, is set in the 1980s, and tells the story of a Chinese food delivery man who falls in love with a university student who happens to be an active student demonstrator.
The film is loosely based on a real-life incident from 1985, in which student activists forcibly occupied the US Cultural Center in Seoul and had a standoff with the police. It is directed by YOOK Sang-hyo, whose previous film He's on Duty was a word of mouth hit in 2010.
There were several new Korean films that failed to make the chart, due to the limited scale of their release. Circle of Crime, a mystery-thriller by first-time director KIM Mun-heum, took just over 22,000 admissions in its first week, a disappointing figure for a film targeting a mainstream audience.
Barbie by maverick filmmaker LEE Sang-woo was released on October 25 on a much smaller number of screens and took 1,640 admissions in its first week. Erotic film A House with a View was released on the same day, and recorded 1,459 admissions.
There were also four Korean documentaries released on October 18. Among them, the best performer was political documentary Remembrance of MB which sold 6,325 tickets in two weeks. The film’s distributor is currently expanding the scale of its release. Nature documentary The Great Flight about bird migration sold 2,628 tickets over the same period, followed by another political documentary MacKorea with 2,096 admissions, and Bittersweet Joke, a film about single motherhood, with 763 admissions.