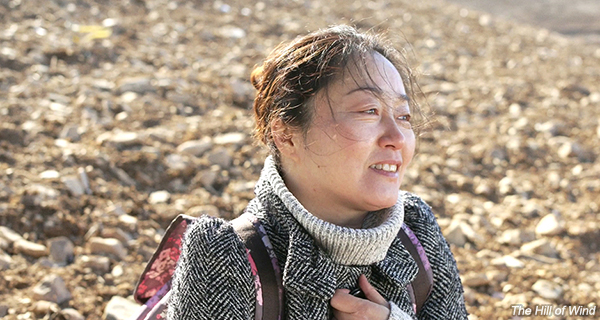 The Berlin Korea Independent Online Filmfestival, which strives to introduce Korean independent films to movie fans in Germany’s capital city, this year gathered its audience in front of their computer screens. Indeed, the Berlin Korean Independent Film Festival, which ran from November 23 to December 6, was held entirely online owing to the unprecedented health crisis. The screenings comprised 8 feature films and 1 documentary. Hosted by the Korean Cultural Center in Germany, this film festival allowed anyone to enjoy for free and with English subtitles this selection of films after registering online.
The title selected as the opening film of this year's edition was PARK Suk-young's latest film The Hill of Wind, four years after visiting Berlin with Steel Flower. This film, set in Taebaek, Gangwon Province, explores family and the essential loneliness of humans through a story about the reunion of a mother and daughter who have been separated.
The films showcased this year were Mate, which tells the story of the new generation of young adults who have given up important life tenets such as employment and marriage; Write or Dance, which depicts the story of a woman who resumes a project she had never been able to complete thanks to her fortuitous encounter with other women; Move the Grave, which depicts the story of siblings who gather to relocate the remains of their father to another cemetery; I Am Home (2019), which depicts the story of a woman who had lost contact with her father; Happy Bus Day (2017), which follows the shocking antics of an unusual family; A French Woman, about a woman wandering between Paris and Seoul; The Pregnant Tree and the Goblin, which blurs the line between documentary and fiction; and Lucky Chan-sil, which conveys a message of hope to those who are afraid of the desolate state of the world.
In Germany, where cinemas have kept their doors closed since the beginning of November, this event has been welcomed as way to satisfy Berliners’ thirst for culture.
Any copying, republication or redistribution of KOFIC's content is prohibited without prior consent of KOFIC.
Related People Related Films