SONG Kang-ho Gets Wrapped Up in COBWEB 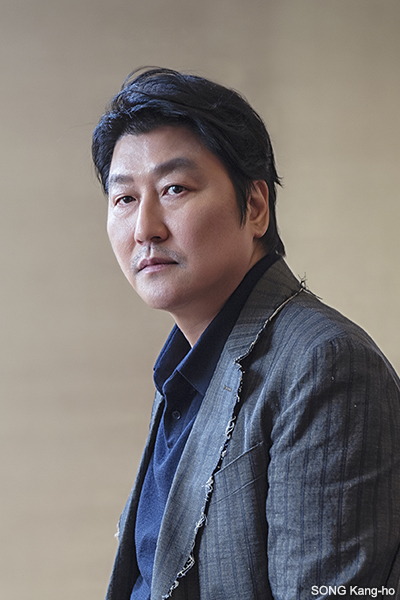 Korean acting legend SONG Kang-ho has confirmed that he will appear in the film Cobweb (translated title), the first new project that he has accepted since the historic awards run of BONG Joon-ho’s PARASITE (2019) earlier this year. The film will be the latest from veteran indie filmmaker SHIN Yeon-shick.
This commercial project will have an experimental form, as it will combine black and white and color elements within the same frame. In addition, the whole production will take place on sound stages.
SONG Kang-ho hardly needs any introduction as arguably Korea’s biggest star for close to two decades. He has been celebrated for his frequent collaborations with BONG Joon-ho (Memories of Murder, 2003), PARK Chan-wook (Thirst, 2009) and KIM Jee-woon (The Age of Shadows, 2016), as well as classics such as LEE Chang-dong’s Secret Sunshine (2007).
He was most recently seen in the period drama The King’s Letters last summer and is currently on set for the disaster drama Emergency Declaration from The King (2017) director HAN Jae-rim. The film co-stars LEE Byung-hun and JEON Do-yeon.
A major name on the indie scene ever since his debut The Fair Love (2010), SHIN Yeon-shick is known for films he directed from his own literary scripts, such as The Russian Novel (2013), Rough Play (2013) and the Jeonju Cinema Project The Avian Kind (2015). He was also the screenwriter and producer of LEE Joon-ik’s Colonial Era hit Dongju; The Portrait of A Poet (2016). His most recent film as director was Romans 8:37 (2017), and he has also appeared on screen, including in PARK Jung-bum’s feature Height of the Wave last year.
Cobweb is expected to begin production in the winter, after SONG completes work on Emergency Declaration.
Any copying, republication or redistribution of KOFIC's content is prohibited without prior consent of KOFIC.
Related People Related Films Related News