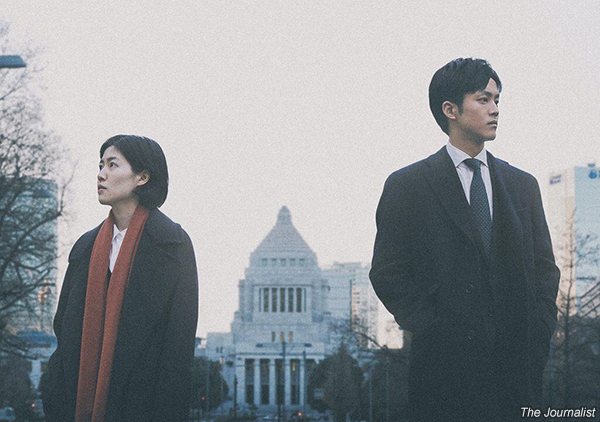 SHIM Eun-kyoung
, star of Sunny (2011) and Miss Granny (2014), has picked up the Best New Actress Award from the Tama Cinema Forum, an annual film festival held in Japan. She earned the prize for her role in The Journalist, her first time appearing in a Japanese film. She accepted the award on stage during a ceremony held on November 17th.
Based on the book of the same name by MOCHIZUKI Isoko, The Journalist features SHIM as a reporter born to Japanese and Korean parents who grew up in the United States. While working at the Toto newspaper back in Japan, she one day receives an anonymous fax containing sensitive information in relation to the construction of a new university. Before long, her investigation brings her up against the country’s Abe administration.
SHIM, active on the big and small screen from the age of 10 back in 2004, first drew notice in works such as the horror film Possessed (2009), before getting recognition for her role in the hit youth drama Sunny in 2011 and then the Lunar New Year smash family comedy hit Miss Granny three years later. Her recent roles have included the election drama The Mayor (2017), the superhero drama Psychokinesis (2018) and the period romantic comedy The Princess and the Matchmaker (2018). Following her Japanese film debut The Journalist, she appeared in the drama Blue Hour, another Japanese film released this year.
Any copying, republication or redistribution of KOFIC's content is prohibited without prior consent of KOFIC.
Related People Related Films Related News