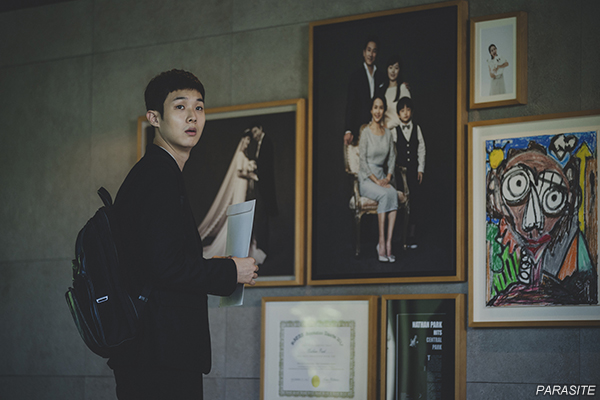 PARASITE, the award-winning box office smash that marks director BONG Joon-ho’s return to Korean filmmaking after a decade away, has added a pair of prestigious events to its festival lineup. The acclaimed film is set to screen this summer at the Karlo
vy Vary International Film Festival (KVIFF) in the Czech Republic and the Locarno International Film Festival in Switzerland, both among the oldest film festivals in the world, founded in 1946, the same year as the Cannes Film Festival.
The 54th KVIFF is taking place from June 28 to July 6 while the 72nd edition of Locarno will take place from August 7 to 17. The film’s star SONG Kang-ho will also be in attendance at the latter as he will become the first ever Asian actor to receive the Excellence Award.
BONG’s latest made history last month by becoming the first Korean film in competition to take home the Palme d’Or from the Cannes Film Festival. The film went on to win the top prize from the Sydney International Film Festival this month and has turned into a box office behemoth at home, welcoming well over nine million spectators to date.
SONG Kang-ho and LEE Sun-kyun play the heads of two families at the opposite ends of the social spectrum that become entangled in unusual ways. CHOI Woo-shik, PARK So-dam and JANG Hye-jin form the rest of SONG’s family, while JO Yeo-jeong plays LEE’s wife.
Beyond festival dates, the film has also begun to screen around the world, after being pre-sold to a record 192 countries. Among those is France, where it has become the most well-attended Korean theatrical release ever in the market, which close to 700,000 admissions after 18 days on release. Meanwhile, distributor Neon is expected to release the film in North America on October 11.
Any copying, republication or redistribution of KOFIC's content is prohibited without prior consent of KOFIC.
Related People Related Films Related News