May 31, 2019
First Asian to Be Honored at Prestigious Swiss Festival 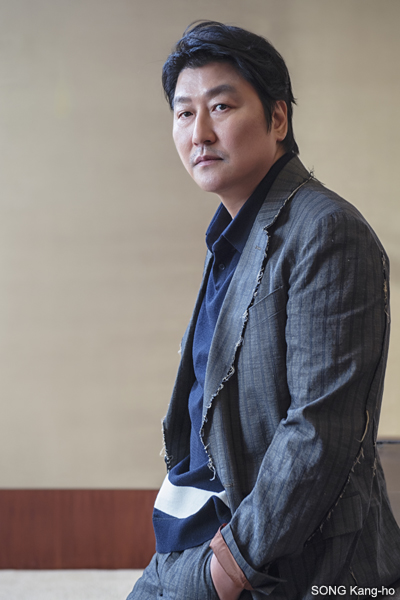 SONG Kang-ho is set to be honored at this year’s 72nd Locarno International Film Festival, where he will become the first person from Asia to receive the festival’s Excellence Award.
Currently on screens in BONG Joon-ho’s PARASITE, which walked away from the Cannes Film Festival with the Palme d’Or last weekend, the first time a Korean film has ever taken the top prize at the event, SONG is one of the most beloved and acclaimed actors in the Korean film industry. He is known for his collaborations with top filmmakers such as BONG (Memories Of Murder, 2003; The Host, 2006), PARK Chan-wook (Sympathy for Mr. Vengeance, 2002; Thirst, 2009) and KIM Jee-woon (The Good, The Bad, And The Weird, 2008; The Age of Shadows, 2016).
Beyond that, he has appeared in numerous chart-topping films, including Swiri (1999), The Attorney (2013) and A Taxi Driver (2017), as well as acclaimed classics like LEE Chang-dong’s Secret Sunshine (2007) in a career that has so far spanned 23 years, having kicked off in Hong Sangsoo’s debut The Day A Pig Fell Into A Well in 1996.
New Locarno artistic director Lili HINSTIN described SONG as a “peerless interpreter of the variety and intensity of emotions generated by Korean cinema.” In previous years, the Excellence Award has been given to world cinema luminaries such as John MALKOVICH, Juliette BINOCHE, Ethan HAWKE and Isabelle HUPPERT.
This year’s Locarno International Film Festival will take place from August 7 to 17.
Any copying, republication or redistribution of KOFIC's content is prohibited without prior consent of KOFIC.
Related People Related Films Related News