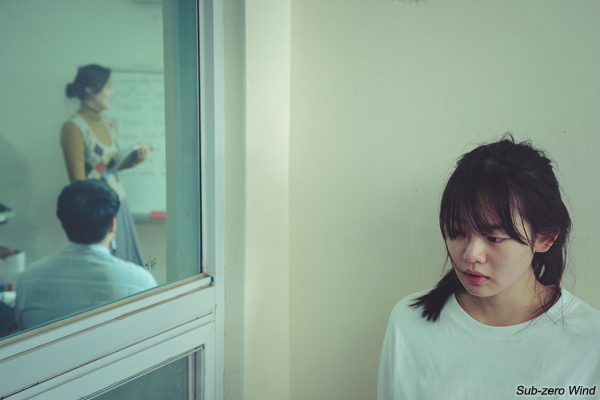 The Vesoul International Film Festival of Asian Cinemas kicked off its 25th edition on February 5 and is featuring four films from Korea this year. KIM Yuri’s debut work Sub-zero Wind (2018) is screening in competition while three classics spanning from the 1960s to 2001 are featured in other programs.
Sub-zero Wind (2018), which debuted in the Korean Cinema Today-Vision section of last year’s Busan International Film Festival, tells the story of a teenager who lives with her recently remarried mother. One day when she is at home with her new stepfather she is taken advantage of, but when she tries to tell her mother about what happened she doesn’t get the reaction she expects. The film earned the DGK Award in Busan.
HUR Jin-ho’s classic melodrama One Fine Spring Day (2001), about the burgeoning romance between LEE Young-ae’s radio producer and YOO Ji-tae’s sound engineer, will be screened in a special ‘Asian Couples’ sidebar this year.
Meanwhile, a ‘25th Anniversary Wild Card’ section will include KIM Ki-young’s landmark work The Housemaid (1960), often cited as one of the best Korean films of all time, and IM Kwon-taek’s The Surrogate Womb (1987), which earned star KANG Soo-youn the Best Actress prize from the Venice International Film Festival.
Previous Korean works that have won Vesoul’s top prize, the Cyclo d’Or, include ZHANG Lu’s Grain In Ear in 2006, O Muel’s Jiseul in 2013 and LEE Yong-seung’s 10 Minutes in 2014.
Any copying, republication or redistribution of KOFIC's content is prohibited without prior consent of KOFIC.
Related People Related Films Related Company