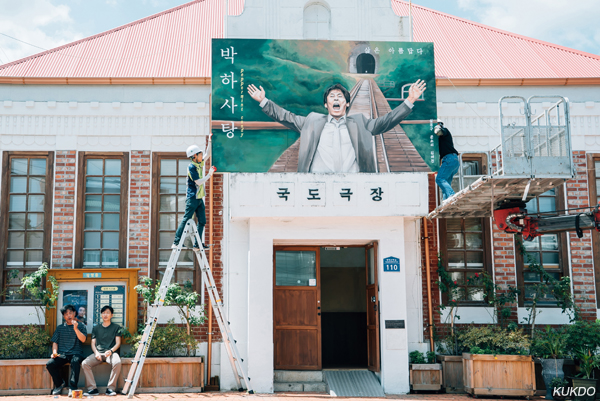 The Jeonju International Film Festival has annouced this year’s Jeonju Cinema Projects, which will screen at the festival’s forthcoming edition in May. The 2019 JCPs will include JEON Jee-hee’s KUKDO, KO Hee-young’s The Breathing of the Fire, KIM Jong-kwan’s Between Times and The Tears of Isadora from French director Damien MANIVEL.
KO Hee-young and KIM Jong-kwan are both Jeonju alumni, having screened in competition in 2016 with Breathing Underwater (2016) and Worst Woman (2016), respectively. KO’s documentary The Breathing of the Fire follows the potter CHUN Ha-bong’s lifetime struggle to create the traditional ‘Maksabal’ bowl of the Jeoson Dynasty. KIM’s Between Times follows a man who undergoes a change after listening to the heart-breaking stories of people he meets on the streets. Damien MANIVEL earned JIFF’s Grand Prize in 2017 with The Park and his new film The Tears of Isadora is a tale inspired by the legendary dancer Isadora DUNCAN. Meanwhile, KUKDO will mark the directorial debut of JEON Jee-hee and follows a student in Seoul who has to abandon his dreams of becoming a lawyer and return to his hometown.
Among the previous notable Jeonju Cinema Projects are PARK Jung-bum’s Alive (2015), which earned the Grand Prize at the Wildflower Film Awards Korea, among other festival awards, KIM Dae-hwan’s The First Lap (2017), which earned the Best Emerging Director Prize at the Locarno International Film Festival and the Best Screenplay Prize from the Mar del Plata International Film Festival, and JANG Woo-jin’s Winter’s Night from last year, an award winner at the Black Nights Film Festival in Tallinn and the Festival of the Three Continents in Nantes, which is currently screening at the International Film Festival Rotterdam (IFFR).
The 20th edition of the Jeonju International Film Festival is set to unfold from May 2 to 11 this year.
Any copying, republication or redistribution of KOFIC's content is prohibited without prior consent of KOFIC.
Related People Related Films Related Company Related News