LEE Dong-eun Wraps Third Feature YOU AND ME 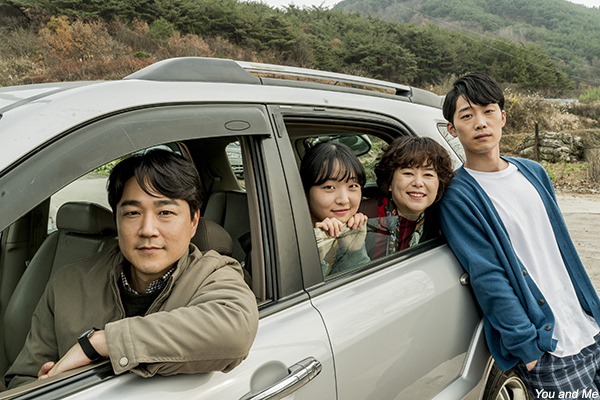 Director LEE Dong-eun has completed production on his third film You and Me (translated title). The drama follows quickly on the heels of his first two films In Between Seasons and Mothers. Production wrapped up on December 7.
You and Me concerns a family of two brothers and a sister who receive a postcard from the mother who left them a long time ago. JANG Hye-jin, who featured in Mothers and will be seen next year in BONG Joon-ho’s Parasite, plays the mother. TAE In-ho of FENGSHUI, LEE Ga-sub of Door Lock and The Seeds of Violence (2017) and debut actress KIM Jin-young will feature as the siblings.
LEE debuted as a director with the queer drama In Between Seasons, which bowed in the New Currents Competition of the Busan International Film Festival in 2016, where it won the KNN Award. In Between Seasons was the first completed graduate project from the Myung Films Institute’s Film Directing major graduating class.
He returned in short order with the drama Mothers, featuring popular actress LIM Soo-jung, which debuted at BIFF in the Korean Cinema Today-Vision section in 2017. The film has played at many festivals and earned the NETPAC Award from the Vesoul International Film Festival of Asian Cinemas earlier this year, where it screened in competition.
Any copying, republication or redistribution of KOFIC's content is prohibited without prior consent of KOFIC.
Related People Related Films Related Company