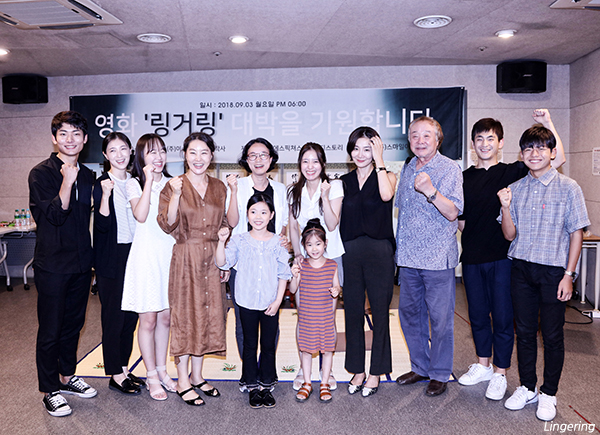 The upcoming Korean horror project Lingering (literal title), featuring LEE Se-young and PARK Ji-young, recently completed production. The film is the debut feature-length project by director YOON Eun-kyoung.
The film tells the story of Yoo-mi (LEE Se-young), who drops off her younger sister at a hotel, where she meets her mother's friend Kyung-sun (PARK Ji-young). At the hotel, Yoo-mi encounters some mysterious events.
Last seen in the Korean Academy of Film Arts (KAFA) graduation feature Duck Town, LEE Se-young has been active since an early age on screen and has been steadily building her profile in the industry. She has appeared in works such as When I Turned Nine (2004), Grape Candy (2012) and Hot Young Bloods (2014), in addition to a number of major TV shows.
Veteran actress PARK Ji-young was the lead in 2016’s crime-comedy noir The Queen of Crime (2016) and has starred in major films such as IM Sang-soo’s The Housemaid (2010). She was last seen in the indie hit Microhabitat.
First time director YOON Eun-kyoung previously served as an assistant director on the sports drama Queen of Walking (2016) and Old Miss Diary (2006) and was a writer on LEESONG Hee-il’s Break Away (2010).
Any copying, republication or redistribution of KOFIC's content is prohibited without prior consent of KOFIC.
Related People Related Films Related Company