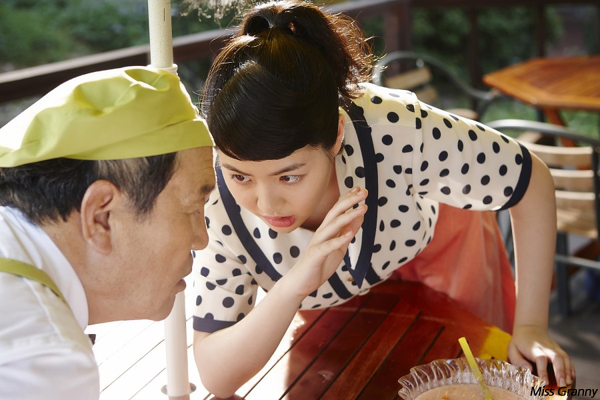 Korean film studio CJ Entertainment has revealed details of a ten-title pipeline of local-language projects being produced directly for the North American market. Among these are previously announced American remakes of the Korean hits Miss Granny (2014) and Hide and Seek (2013) which are both eyeing production starts this year.
Confirming their plans to trade publication Variety, CJ spokesperson YOON In-ho stated “We’re proceeding with our global productions as planned. There will be more projects added to the lineup, including both remakes and originals.” Production budgets will range up to USD 35 million.
For Miss Granny, a Spanish-language version is being co-produced with 3Pas Studio with Mexican actor Eugenio Gonzalez DERBEZ attached, while the English-language version will come from Tyler Perry Studios with Melissa FINELL in charge of the script development. Avatar actor Joel MOORE will write and direct the remake of and Seek.
Phyllis NAGY, the screenwriter of Carol, will direct the omnibus drama The Vanished, based on a non-fiction book co-written by Léna MAUGER and Stéphane REMAEL. The project Aurora is being penned by The Age of Adaline writer, Salvador PASKOWITZ and helmed by Equals director, Drake DOREMUS. A Hollywood version of CJ’s Korean-Vietnamese horror-thriller The Housemaid is being written by Geoffrey FLETCHER, known for scripting Precious.
CJ is also partnering up with Ivanhoe Pictures on Super Fan, a drama about real-life ‘super fan’ LEE Sung-woo currently in casting phase. Another sports biopic called Sohn Kee- Project about a marathoner is also on the way. Finally, remakes of Sunny (2011) and Hello Ghost (2010) have completed scripts that are currently sent out to directors.
Any copying, republication or redistribution of KOFIC's content is prohibited without prior consent of KOFIC.
Related Films Related Company Related News