Mar 26, 2018
New Thriller from Director of MY ORDINARY LOVE STORY 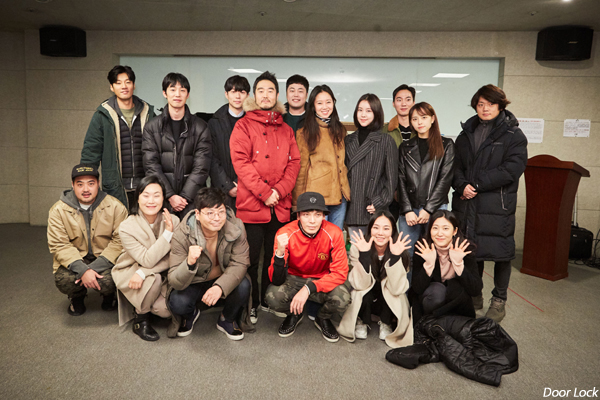 Upcoming Korean thriller Door Lock with KONG Hyo-jin wrapped up three months of production on March 14. Directed by Kwon, the film is now in post-production and preparing for a release in the second half of the year.
KONG features in Door Lock as a woman living by herself in a one-room apartment. When she returns home one day she realizes that someone broke in and soon a murder case begins to unravel.
Known for her many TV roles, and for films such as Crush and Blush (2008) and MISSING (2016), KONG is currently on screens with a cameo in the melodrama Be With You, which stars SON Ye-jin and SO Ji-sub.
The busy star is foregoing a break after Door Lock, having already jumped straight back into production on HAN Jun-hee’s action-thriller Bbaengban alongside RYU Jun-.
Also featuring in the film are KIM Ye-won of Run Off (2016), prolific character actor KIM Sung-oh, seen recently in Missing You (2016) and last year’s The Merciless (2017), and JO Bok- from C'est Si Bon (2015), who is currently on screens in The Princess and the Matchmaker.
Director LEE was last in theaters with the romcom-thriller My Ordinary Love Story (2014), which served as the closing film of the Bucheon International Fantastic Film Festival in 2014. He debuted with Attack on the Pin-up Boys in 2007.
Any copying, republication or redistribution of KOFIC's content is prohibited without prior consent of KOFIC.
Related People Related Films Related Company