MOTHERS and A TIGER IN WINTER to Compete in Vesoul 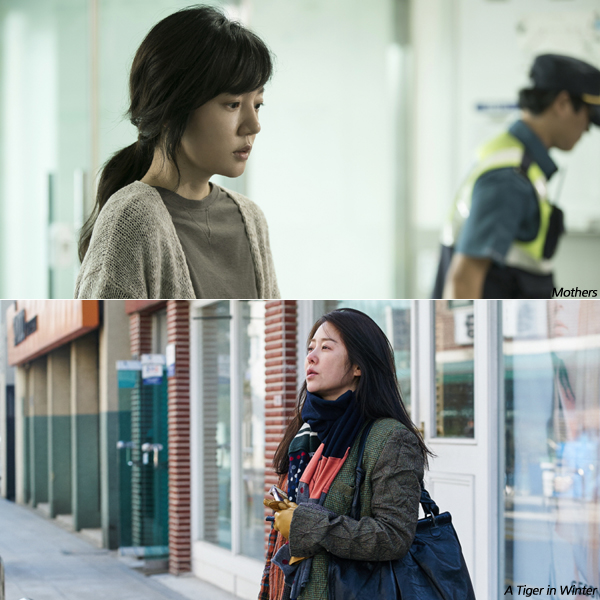 The Vesoul International Film Festival of Asian Cinema will be back for its 24th edition on January 30. Three Korean films, LEE Dong-eun’s Mothers, LEE Kwang-kuk’s A Tiger in Winter and Hong Sangsoo’s Claire's Camera, are invited to the festival this year, which will run until February 6.
This year’s competition section in Vesoul will welcome Mothers and A Tiger in Winter. Both films debuted at the Busan International Film Festival last October. Starring LIM Soo-jung, Mothers is the sophomore feature of In Between Seasons director LEE Dong-eun. A Tiger in Winter is LEE Kwang-kuk’s third film and his second to be invited to competition in Vesoul, following A Matter of Interpretation in 2015.
Hong’s Claire's Camera is invited to the ‘Preview’ section, which showcases works that will be granted theatrical releases in France in the near future. One of three films released by the auteur last year (along with On the Beach at Night Alone and The Day After), Claire's Camera features Isabelle Huppert and KIM Min-hee and debuted as a special screening at the Cannes Film Festival, which also serves as the film’s setting.
Three Korean films have earned the Cyclo d’Or, Vesoul’s top award, in the past: ZHANG Lu’s Grain in Ear in 2006, O Muel’s Jiseul in 2013 and LEE Yong-seung’s 10 Minutes in 2014.
Any copying, republication or redistribution of KOFIC's content is prohibited without prior consent of KOFIC.
Related People Related Films Related Company Related News