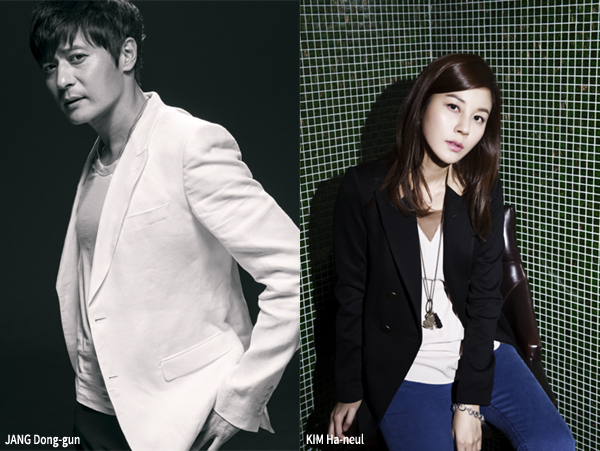 The opening ceremony of this year’s 22nd Busan International Film Festival (BIFF) will be hosted by actors JANG Dong-gun and KIM Ha-neul. The ceremony will take place at the Busan Cinema Center on October 12th and will be followed by a presentation of this year’s opening film Glass Garden, from local independent filmmaker SHIN Su-won.
JANG is a major local star who led some of the most significant early modern blockbusters in his early career, such as LEE Myung-se’s Nowhere To Hide (1999), KWAK Kyung-taek’s Friend (2001) and KANG Je-kyu’s TaeGukGi: Brotherhood Of War (2004). He was last on screens in August in PARK Hoon-jung’s V.I.P. and will next be Night of 7 Years, which is awaiting release.
KIM, known for Ditto (2000), My Tutor Friend (2003) and My Girlfriend Is an Agent (2009), was last in KIM Tae-yong’s indie drama MISBEHAVIOR earlier this year. Both actor’s co-starred in the 2012 TV drama A Gentleman’s Dignity.
BIFF 2017 will screen around 300 films this year from 75 countries, which will include 100 world premieres and 29 international premieres. The festival will run until October 21st and is set to close with Love Education, the latest film from Taiwanese director and actress Sylvia CHANG.
Any copying, republication or redistribution of KOFIC's content is prohibited without prior consent of KOFIC.
Related People Related Films Related Company Related News