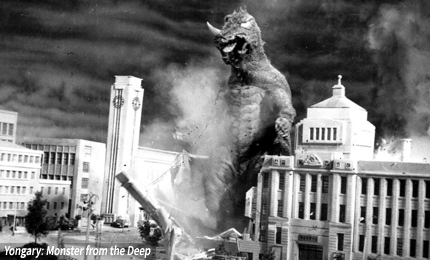 KIM Kee-duk, one of the most important Korean filmmakers of the 1960s and 70s, has died at the age of 83. The director of The Barefooted Young (1964) and Yongary: Monster from the Deep (1967) succumbed to lung cancer, which he was diagnosed with five months ago, on the afternoon of Thursday, September 7th.
KIM debuted at the age of 27 with the film Five Marines (1961) and quickly established himself as one of the commercial hitmakers of his day, reaching a commercial peak with the classic youth film The Barefooted Young three years later. The film drew an enormous 230,000 viewers and launched the careers of legendary actors UM Aeng-ran and SHIN Seong-il, who is the subject of this year’s Korean Cinema Retrospective at the Busan International Film Festival (BIFF).
KIM made a total of 66 films, including Horse-year Bride (1966) and Yongary: Monster from the Deep, which encompassed a wide range of genres. He retired from filmmaking after The Last Inning in 1977. Following his directing career, KIM became a professor at the Seoul Institute of the Arts.
Acknowledged as one of the pioneers of the new wave of Korean cinema in the 1960s, along with LEE Man-hee and KIM Soo-yong, KIM was the subject of the BIFF Korean Cinema Retrospective in 2011. He leaves behind a wife, two sons and a daughter.
Any copying, republication or redistribution of KOFIC's content is prohibited without prior consent of KOFIC.
Related People Related Films Related Company