A TAXI DRIVER Rolls Up to International Markets

Jul 24, 2017
Gwangju Pic to Screen Across Asia and English-Language Countries 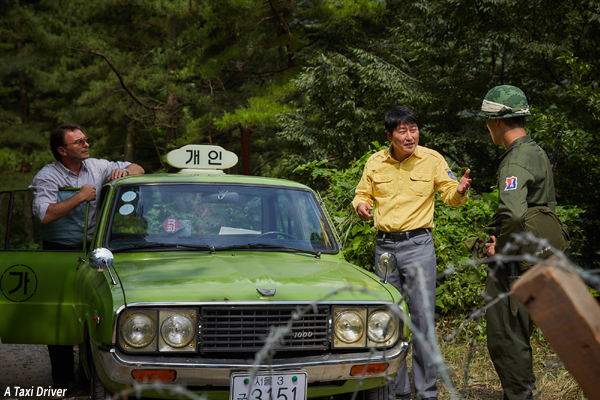 High summer release A Taxi Driver is scheduled to open in several English-speaking territories next month as well as across Asia in September, shortly after its domestic release. The film is a tale of the Gwangju Democracy Movement of 1980 from director JANG Hun with stars SONG Kang-ho and Thomas Kretschmann.
According to its distributor Showbox, after hitting screens in Korea on August 2nd, the film will open in North America on August 11th, before debuting in Australia and New Zealand on August 24th and the UK on August 24th. In September, the title is scheduled to open in Taiwan, Japan and other Asian territories. Showbox explained that after market screenings during the Cannes Film Market in May the film quickly drew the interest of several distributors.
A Taxi Driver features SONG as a Seoul taxi driver who gives a German journalist a lift down to Gwangju so he can cover the protests happening in the city. The journalist is played by German star Thomas Kretschmanm of The Pianist and Avengers: Age of Ultron.
Last year, SONG scored a hit with KIM Jee-woon’s The Age of Shadows and he is currently filming the gang film Drug King for Inside Men (2015) director WOO Min-ho. Director JANG previously helmed the hits Rough Cut (2008), Secret Reunion (2010) and The Front Line (2011).
Meanwhile, A Taxi Driver will have its international premiere as the closing film of the Fantasia International Film Festival early next month.
Any copying, republication or redistribution of KOFIC's content is prohibited without prior consent of KOFIC.
Related People Related Films Related Company Related News