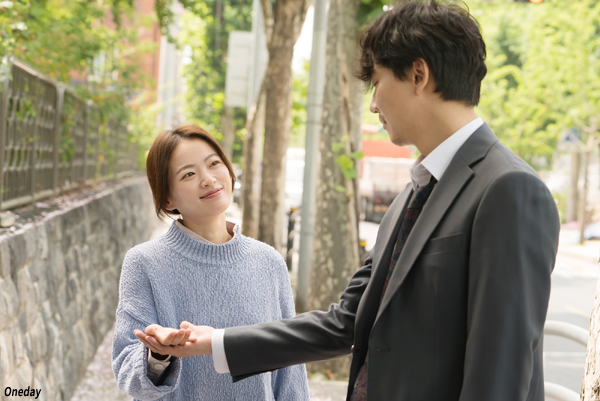 Oneday, the latest film from melodrama expert LEE Yoon-ki, has been invited to compete in the main section of the 13th Eurasia International Film Festival. Also screening in the fest will PARK Ki-yong’s latest film Picture of Hell (2016) in the Eurasian Panorama section.
Featuring KIM Nam-gil and CHUN Woo-hee, Oneday tells the story of a widowed insurance investigator who investigates a woman who falls into a coma after a car accident. He meets the woman at the hospital but realizes he is the only person who can see her.
LEE’s film was also invited to the 21st Bucheon International Fantastic Film Festival (BiFan) and the Muju Film Festival in Korea earlier this year following its domestic release on April 5th. Furthermore, the film is scheduled to open theatrically in Japan on July 29th. LEE is known for This Charming Girl (2005) and My Dear Enemy (2008) while KIM recently appeared in Pandora and CHUN was seen in NA Hong-jin’s THE WAILING last year.
PARK’s Picture of Hell, a single take film that switches from a young female to a male protagonist, debuted at the Busan International Film Festival last year. Director PARK is known for Motel Cactus (1997) and Camel(s) (2002) and more recently helmed several documentaries.
The Eurasia International Film Festival focuses on promoting exchanges between filmmakers in Europe and Asia. This year’s event will take pace in Astana, the capital of Kazakhstan, from July 22nd to 28th.
Any copying, republication or redistribution of KOFIC's content is prohibited without prior consent of KOFIC.
Related People Related Films Related Company