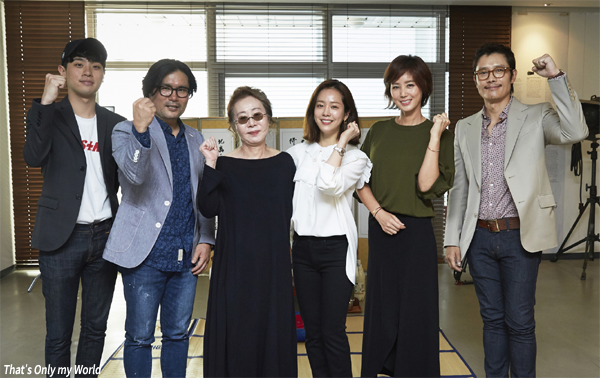 Upcoming drama That’s Only my World (W/T), with LEE Byung-hun, PARK Jung-min, YOUN Yuh-jung and more, began filming on June 6th. From debut director CHOI Sung-hyun, the film is the latest title from blockbuster producer JK Film.
That’s Only my World focuses on two brothers, a has-been boxer and a piano prodigy with a disability, as they try to reconcile. A Bittersweet Life (2005) and Inside Men (2015) star LEE will play the boxer while the pianist will be played by PARK, who made away with several Best New Actor accolades for his role in LEE Joon-ik’s DONGJU: The Portrait of A Poet last year.
Legendary star YOUN, known for KIM Ki-young’s Woman of Fire (1971) and E J-yong’s The Bacchus Lady among others, is on board to play mother to the two brothers. Also featuring will be HAN Ji-min of KIM Jee-woon’s The Age of Shadows as a top pianist, and KIM Sung-ryoung of Will You Be There?, who will play the brothers’ landlady.
Director CHOI previously worked as a screenwriter on the period hit The Fatal Encounter from 2014. JK Film is the production company behind Haeundae (2008), Ode to My Father (2014), The Himalayas (2015) and most recently Confidential Assignment.
CJ Entertainment is on board to finance and distribute the film, which is due out at some point in 2018.
Any copying, republication or redistribution of KOFIC's content is prohibited without prior consent of KOFIC.
Related People Related Films Related Company Related News