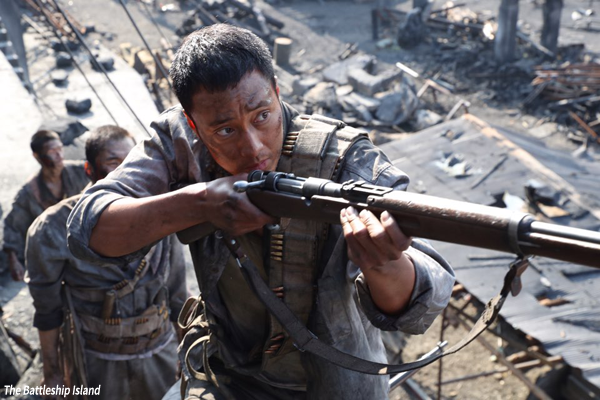 CJ Entertainment’s flagship summer title The Battleship Island has sold to 113 countries ahead of its domestic release next month. The WWII action drama is RYOO Seung-wan’s follow-up to his hit 2015 thriller Veteran.
The title lured many buyers for CJ Entertainment at both the European Film Market in Berlin and Cannes Film Market this year. The Battleship Island has signed deals with distributors in North America, France, Italy, Russia and Turkey in Europe as well as Japan, Hong Kong, Singapore, Indonesia, Vietnam, Thailand and the Philippines in Asia, among many more.
CJ Entertainment’s CHOI Yoon-hee, the head of international sales and distribution, stated that that film was sold to several Asian countries at “a record price among South Korean films.”
Headlining the project is HWANG Jung-min of Veteran and Ode to My Father (2014), alongside TV drama superstar SONG Joong-ki of Descendants of the Sun fame and SO Ji-sub of Rough Cut (2008) and A Company Man (2012).
RYOO’s work takes place on Hashima Island in Japan, where hundreds of Korean civilians were forced to work in slave-like conditions during World War II. Led by an independence fighter, the workers attempt to mount a daring escape.
Soaring over 14 million admissions in the summer of 2015, RYOO’s Veteran is the second highest grossing Korean film of all time in Korea.
Any copying, republication or redistribution of KOFIC's content is prohibited without prior consent of KOFIC.
Related People Related Films Related Company Related News