May 30, 2017
For Projects of Young Korean and Asian Documentary Directors 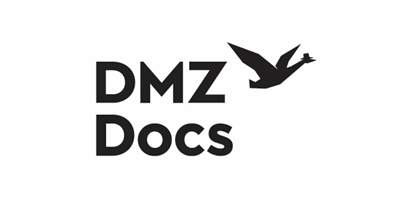 The 9th edition of DMZ International Documentary Film Festival (DMZ Docs) has sent out its call for submissions for its production and release funds. DMZ Docs will provide USD 321,000 for 21 projects in three categories; funds for production, funds for release and Daemyung Culture Factory Fund. Selected projects will be ten feature-length documentaries, two DMZ ones and five young directors’ projects in the funds for production. They will receive a total of USD 277,000 cash grant. Three categories are eligible for young Korean and Asian documentary directors, and the documentaries must be over 60 minutes in length except New Directors’ Project. All submitted documentaries must be finished by August 2018 among projects in any stage of production.
Funds for release will provide USD 36,000 for two projects. It is eligible for Korean documentaries officially invited to DMZ Docs, which are preparing to theatrical release in the first half of 2018. In addition, Daemyung Culture Factory Fund will choose a Korean feature-length documentary which is aiming at releasing in theaters and offer USD 9,000 cash grant for production or release.
DMZ Docs has supported USD 1.52 million for 96 Asian and Korean documentaries through DMZ Docs funds since 2009. Director JIN Mo-young’s My Love, Don’t Cross That River (2014) and director KIM Il-ran and HONG Ji-you’s Two Doors (2012) received DMZ Docs’ production funds. This year, application will be available before 5 pm on June 8th. Please visit DMZ Docs website (http://dmzdocs.com/en/production-projects/submission-guidelines) for more information.
Any copying, republication or redistribution of KOFIC's content is prohibited without prior consent of KOFIC.
Related People Related Films Related Company