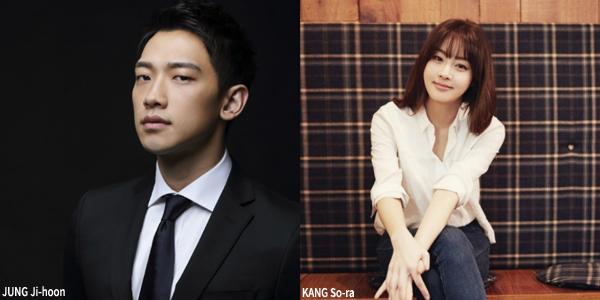 JUNG Ji-hoon (aka Rain) will be back in cinemas soon as his new film Uhmbokdong (Korean title) gets underway this month. Uhmbokdong will mark the return of pop superstar JUNG Ji-hoon to the silver screen after a six year gap. For his comeback he will feature alongside KANG So-ra, MIN Hyo-rin and PARK Jin-ju.
Based on a script by actor LEE Beom-su (Operation Chromite, 2016), who will also feature in the cast, the film tells the true story of the cycling athlete UHM Bok-dong, who became a hero to ordinary Koreans when he beat Japanese cyclists in a match that took place during the Japanese Occupation Era of Korea.
Superstar JUNG Ji-hoon, a globally renowned pop icon, has also appeared in several major films, notably PARK Chan-wook’s fantasy romance I’m a Cyborg, but That’s OK (2006) and the fighter jet pilot action drama R2B: Return to Base (2012).
TV star KANG So-ra’s last film credits include the drama My Paparotti (2013) and the youth comedy drama Sunny (2011). MIN Hyo-rin was last seen in youth comedy Twenty (2015) and PARK Jin-ju is a prolific character actress on TV and in movies with credits that include Koala (2013) and Plan Man (2014).
Uhmbokdong will be the second film of director KIM Ryu-sung, who previously worked as a writer on Three Summer Night (2015) and debuted with Hot For Teacher in 2006. The period sports drama is set to begin filming at some point this month.
Any copying, republication or redistribution of KOFIC's content is prohibited without prior consent of KOFIC.
Related People Related Films