BABY BESIDE ME Earns Vesoul Prize 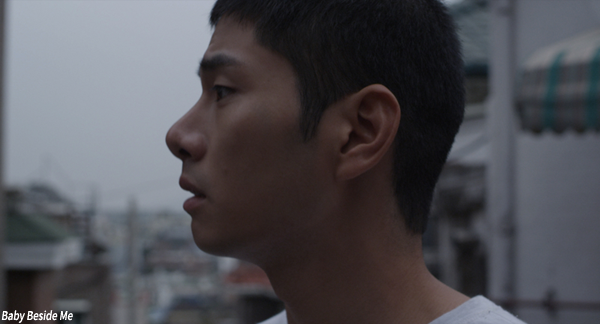 SON Tae-gyum’s debut film Baby Beside Me (2016), a feature length production of the Korean Academy of Film Arts (KAFA), has earned the Jury Guimet Prize from the Vesoul International Film Festival of Asian Cinema. The event ended its 23rd edition on Valentine’s Day this year in France.
Baby Beside Me, which was the sole Korean film screened in Vesoul’s Competition section this year, debuted at the Busan International Film Festival last October. The film deals with a young father who returns from military service and is left to raise his son alone after the child’s mother disappears and he learns that he is not his biological father. The Jury Guimet Prize is sponsored by Friends of the National Museum of Asian Arts in Paris.
Beyond Baby Beside Me, a trio of other Korean films also screened in Vesoul. In the Preview section could be found E J-yong’s The Bacchus Lady, which debuted at the Berlin International Film Festival last year, and KIM Seong-hun’s Tunnel, which bowed at the Locarno International Film Festival. Jero YUN’s Mrs B., A North Korean Woman, which screened in Competition at the Jeonju International Film Festival, featured in the Documentary section.
In the past, ZHANG Lu’s Grain In Ear (2006), O Muel’s Jiseul (2013) and LEE Yong-seung’s 10 Minutes (2014) have all picked up Vesoul’s top prize, the Cyclo d’Or.
Any copying, republication or redistribution of KOFIC's content is prohibited without prior consent of KOFIC.
Related People Related Films Related Company Related News