LEE Jin-wook Joins A WINTER GUEST SCARIER THAN A TIGER 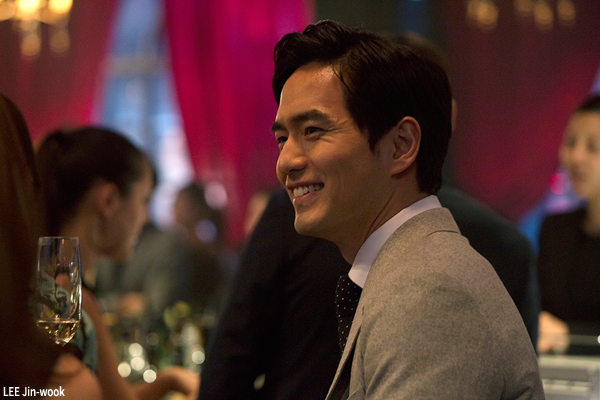 LEE Kwang-kuk’s third film A Winter Guest Scarier than a Tiger has added a new face with actor LEE Jin-wook joining previously announced lead KO Hyun-jung.
The film is about a man who is dumped by his girlfriend and goes on a journey, meeting an old flame along the way. LEE was last seen in the indie Road to Utah, which debuted at the Busan International Film Festival last October, and the romantic thriller fantasy Time Renegades (2016) from CJ Entertainment. He is known for romantic leading roles in films such as Miss Granny (2014).
Meanwhile, KO was last seen in the 2012 high concept comedy thriller Miss Conspirator. She has also worked on several Hong Sangsoo films which LEE Kwang-kuk served on as assistant director such as Woman On The Beach (2006) and Like You Know It All (2009), as well as Hong’s The Day He Arrives (2011).
The indie film follows director LEE’s previous critically acclaimed works Romance Joe (2012) and A Matter of Interpretation (2015), both of which debuted at the Busan International Film Festival before going on lengthy festival runs. LEE’s last project was one of the segments of last year’s If You Were Me.
A Winter Guest Scarier than a Tiger will begin filming this month.
Any copying, republication or redistribution of KOFIC's content is prohibited without prior consent of KOFIC.
Related People Related Films Related Company