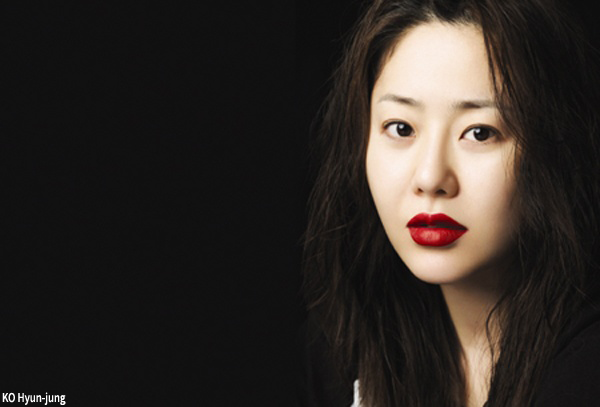 Actress KO Hyun-jung will end her five year break from the big screen by returning with the film A Winter Guest Scarier than a Tiger. The film will be the third feature by acclaimed indie filmmaker LEE Kwang-kuk. The two previously worked together on HONG Sang-soo’s Woman On The Beach (2006), which KO starred in and LEE was an assistant director on.
The film concerns a man who is dumped by his girlfriend and goes on a journey, meeting an old flame along the way. The project will go into production next month.
KO’s last work was the high concept crime comedy Miss Conspirator in 2012. Previously she starred in the HONG Sang-soo films Like You Know It All (2009), also with LEE as an assistant director, and The Day He Arrives (2011), as well as E J-yong’s The Actresses (2009).
After working as an assistant director on several HONG Sang-soo titles, LEE debuted as a filmmaker with Romance Joe, which premiered at the Busan International Film Festival in 2011 and went on to screen at many events in 2012, including the Vancouver and Rotterdam International Film Festivals.
He returned in 2014, once again premiered in Busan, with A Matter of Interpretation, which also landed at Vancouver and Rotterdam, as well as the Karlovy Vary and Shanghai International Film Festivals. LEE also took part in the seventh installment of the If You Were Me omnibus series, which opened at the Jeonju International Film Festival last year.
Any copying, republication or redistribution of KOFIC's content is prohibited without prior consent of KOFIC.
Related People Related Films Related Company