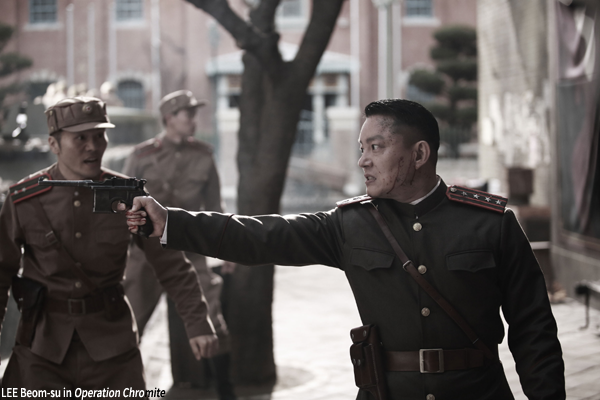 Actor LEE Beom-su (Operation Chromite, 2016; The Divine Move, 2014) will produce a movie, UHM Bok-dong (W/T), about a cyclist during the Japanese Occupation. UHM Bok-dong brought comfort to people’s painful lives in Korea under the Japanese colonization along with marathon runner SON Kee-chung and pilot AN Chang-nam.
UHM was a sports star of the day who used to be a clerk of a bicycle shop and became a cyclist, winning a lot of competitions until his early 40s. While casting for the lead is currently underway, LEE Beom-su will play UHM’s master, HWANG Jae-ho.
The film is the first project of Celltrion Entertainment headed by LEE Beom-su, and will be a blockbuster with a budget of more than USD 8.6 million. LEE Beom-su said that “I would like to look back the painful history of Korea and portray our people’s hope and pride despite severe ordeal through UHM Bok-dong.” According to LEE, Celltrion Entertainment is trying to make “films that can convey sound emotion and positive energy.” Meanwhile, UHM Bok-dong is set to begin shooting in the first half and to be released in the second half of this year.
Any copying, republication or redistribution of KOFIC's content is prohibited without prior consent of KOFIC.
Related People Related Films