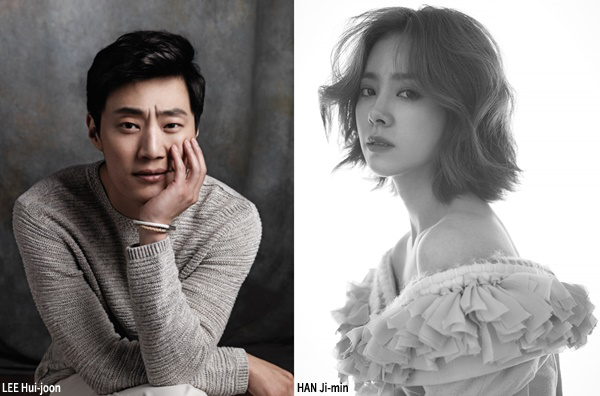 Actors HAN Ji-min and LEE Hui-joon have signed on to play the lead roles in the upcoming film Miss Baek. The film, which is based on a true story, marks the debut project for director LEE Ji-won and will begin rolling in February.
HAN, recently seen alongside SONG Kang-ho and GONG Yoo in KIM Jee-woon’s The Age of Shadows (2016), will take on the role of a woman who pushes herself to extremes in order to survive and winds up going to jail. Following her release she finds it difficult to shake her ex-convict label, until she meets a girl whom she is determined to save. HAN’s prior roles include a co-lead credit in The Plan Man (2014) and a part in Salut d’Amour (2015), which netted her a Best Supporting Actress award from the Golden Film Festival.
LEE is on board as a man in love with HAN’s character who will go out of his way in order to protect her. LEE was quite busy in 2016, appearing in Lunar New Year titles SORI: Voice from the Heart and A Melody to Remember, as well as KIM Jong-kwan’s indie Worst Woman.
Previously, director LEE worked in the directing department for Bungee Jumping Of Their Own (2001) before working as a co-writer on The Scarlet Letter (2004) and The Show Must Go On (2007). She also made the short Talk To Her in 2007.
Any copying, republication or redistribution of KOFIC's content is prohibited without prior consent of KOFIC.
Related People Related Films